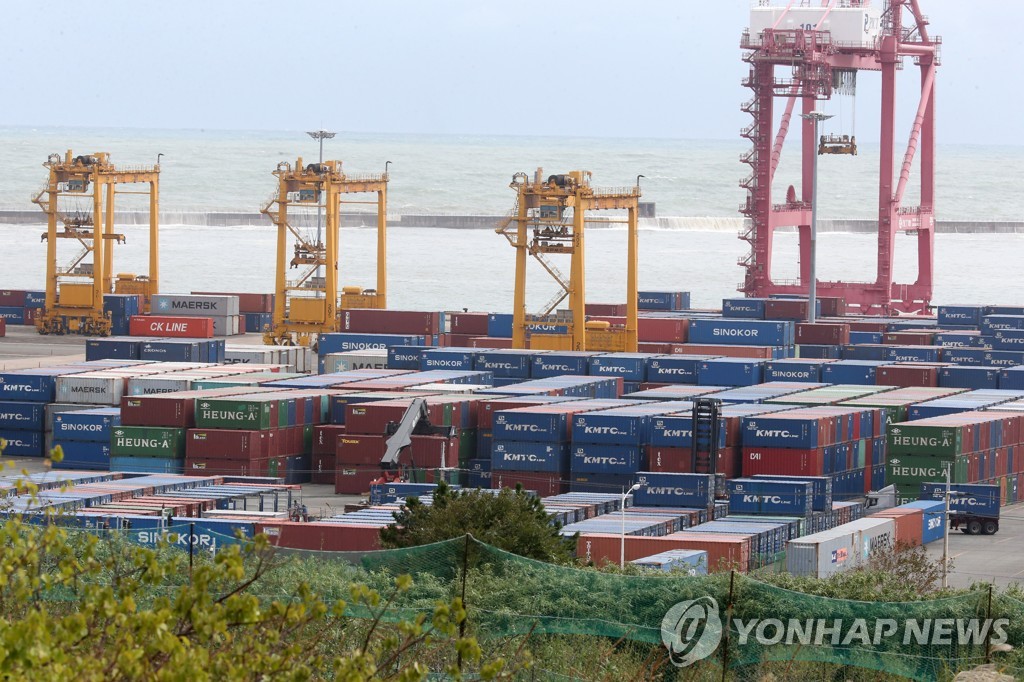 By Kang Yoon-seung SEOUL, Feb. 17 (Yonhap) -- South Korea on Monday pledged to spare no efforts in fostering new growth engines for exports, including hydrogen cars and non-memory chips, in line with efforts to diversify its industrial portfolio and overcome pending uncertainties, including the new coronavirus.

The measures came amid rising concerns that the outbreak of the COVID-19 virus around the globe will delay the recovery of South Korean exports, which were earlier estimated to expand 3 percent in 2020, according to the Ministry of Trade, Industry and Energy.

Outbound shipments nosedived 10.3 percent in 2019 amid a prolonged trade feud between the United States and China -- the world's top two economies -- coupled with the lackluster performance of memory chips.

The country said it will increase its exports of eco-friendly cars to 300,000 units this year, up 15 percent on-year.

South Korea's exports of electric vehicles (EV) soared 82.7 percent on-year in 2019 to US$3.29 billion, while the overall shipments of cars moved up 5.3 percent over the period to $43 billion, ministry data showed.

Exports of hydrogen fuel cell cars, which came to 788 units last year, will exceed 1,000 this year, it added.

South Korea has been promoting its eco-friendly car industry in sync with its new green energy drive. Hydrogen is an environment-friendly alternative to fossil fuel-based automobiles, as it creates only water as a byproduct of generating power.

In terms of non-memory chips, South Korea said it will spend 1 trillion won (US$845 million) over the next decade to help local chipmakers acquire related technologies.

South Korea said it also plans to take up 20 percent of the global foundry market in 2020, up from an estimated 16 percent in 2018. A foundry is a business that makes chip designs for other companies that do not have semiconductor fabrication plants.

By fostering the non-memory chip segment, South Korea said its exports of chips, which fell 26 percent on-year to reach $93.9 billion in 2019, will rebound 10 percent to $103.3 billion this year.

South Korea said it hopes to have its overall outbound shipments back on the recovery track by penetrating deeper into other areas as well, including biohealth, rechargeable batteries and energy.

South Korea will brace for the possible economic fallout from the spread of the new coronavirus around the globe, which has emerged as yet another challenge for local exporters, mainly carmakers.

COVID-19, believed to have originated in the Chinese city of Wuhan, is fast spreading across the world's No.2 economy, hampering global supply chains and factory operations. China is South Korea's top trading partner.

The RCEP, the biggest trade deal sought after by South Korea, is expected to help Asia's No. 4 economy diversify its export portfolio amid growing protectionism around the globe, including the tension between the United States and China.