The completion of technologies for full self-driving and the opening of an autonomous driving market for passenger cars are expected to require an excessive amount of time. Therefore, a2z is expected to accelerate the commercialization of autonomous vehicles focused on low-speed special-purpose vehicles operating in limited areas.

Based on its strength as a startup, Autonomous a2z is leading the effort to commercialize autonomous vehicles by leveraging the characteristics of special-purpose vehicles that generally resort to small quantity batch.

About the product and/or technology

The Test Automation Solution (TAS) enables unmanned and automated tests conducted in driving test tracks under extreme conditions. Multiple cars fitted with TAS can be tested by a minimum number of testers, and the test results are also faster and more accurate.

The LiDAR Infra System can provide a wide range of traffic services by perceiving mobile and stationary objects in real time with each LiDAR sensor installed on an intersection and by combining the data with pre-precision maps. Road traffic will be safer with the LiDAR Infra System. 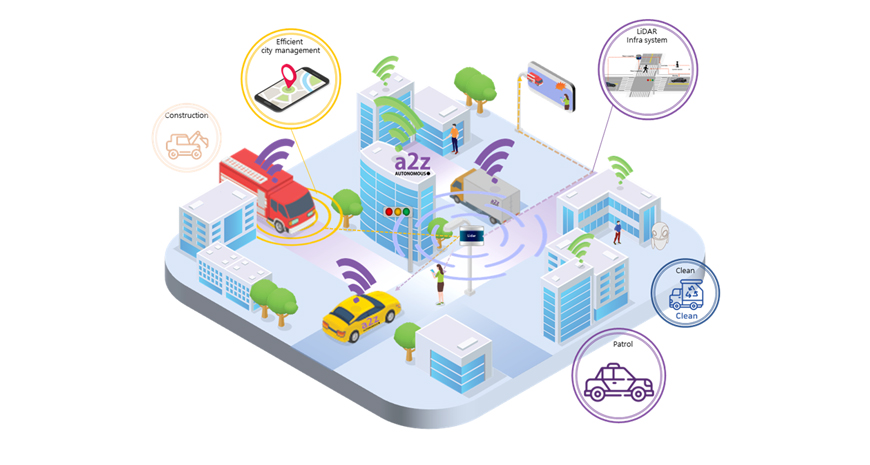