As Korea has relied 100% on import for the equipment used in producing lithium-ion battery separation films, there was a need to domestically develop the production equipment and overcome technological limitations. In order to address these problems, TCMS successfully developed key technologies through consistent R&D. The conventional manufacturing process of lithium-ion batteries is prone to fire due to thermal stability issues. TCSM aims to emerge as a game changer in the materials pars and equipment area of the lithium-ion battery market by offering solutions capable of preventing fire with its next-generation separation films that have addressed thermal stability issues.

TCMS’s key technology SBO stands for simulatneous biaxial orientation, which enables stretching both in the machine direction orientation (MBO) and transverse direction orientation (TDO). The production of separation films with a thickness of 7㎛ requires the technology of simultaneously releasing grips that uniformly maintain the clamping deviation and the grip strength on top and bottom and on left and right while minimizing deviation, controlling the clamping location, and reducing pin abrasion, and TCMS has these advanced technologies needed for the drawing of separation films. 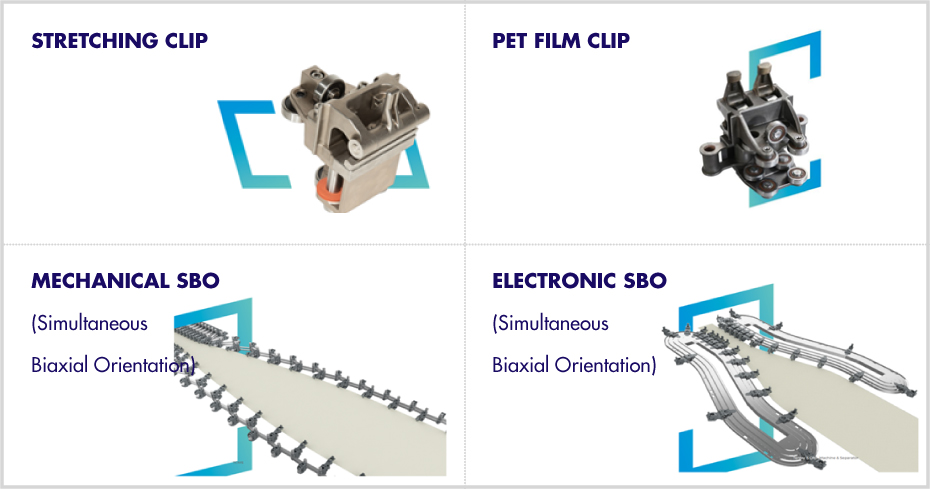 Unlike conventional manufacturing facilities, the facility structure and the processing conditions of next-generation heat-resistant separation films require the development of cooling systems and parts that are suitable for high-temperature conditions. Separation films are manufactured through the casting and drawing of materials and these next-generation films are heat-resistant high-molecular materials with a melting point surpassing 300℃. As the overall facilities must withstand high heat of at least 300℃, TCMS is developing the technology of manufacturing heat-resistant separation films with the government’s support. TCMS aims to succeed at mass production with its technologies of drawing materials at high temperature, mixing the materials, and optimizing porogen.