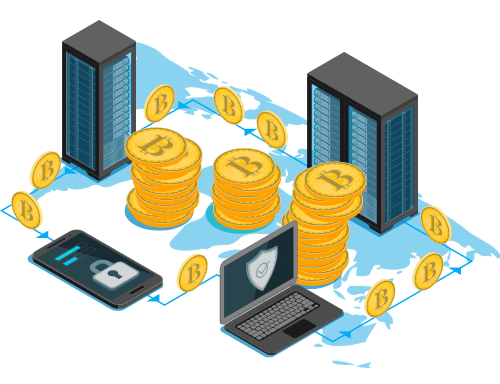 One of the hottest buzzwords in the global financial market right now is cryptocurrency—a digital asset, that is, an entity existing only in a digital world. A cryptocurrency is classified as a subset of digital currencies or virtual currencies, but its definition is not always clear or consistent.

On that note, Bitcoin first emerged in 2009 and is the forerunner among over 1,000 cryptocurrencies and numerous other cryptocurrencies have followed suit since the financial crisis. Bitcoin and similar currencies use a decentralized control system called a blockchain, which is totally different from conventional centralized electronic money or central banking systems. The decentralized control technology of cryptocurrencies is their most valuable asset, as it provides privacy, safety and credibility. Some even argue that cryptocurrency technology that Bitcoin demonstrated since 2009 is where the financial world is headed because it prevents central bank and government manipulation, as well as hacking, from taking place.

The highly unusual price behaviors in the cryptocurrency markets have caught the attention of many potential investors, but at the same time, most financial authorities have begun looking deep into the operation of cryptocurrency markets. The financial authority’s primary concern is of course about maintaining financial stability, but more importantly, prevent- ing money laundering, illegal trafficking, tax evasion or capital flight. China has been especially sensitive to potential illegal financial transactions associated with cryptocurrencies. As early as Sept. 2017, the Chinese authority had banned ICO (Initial Coin Offering) and shut down local exchanges. As P2P transactions continued even after local exchanges were forced to close down, Chinese authority finally blocked P2P transaction on Jan. 16, 2018. So far, the Chinese government looks like it will refuse to budge about cryptocurrency trades. Global cryptocurrency markets were devastated after China’s bold action

Until China’s ban, the Korean government was lukewarm at most toward regulating cryptocurrency trades. Last December, the Office of the Prime Minister announced a plan requiring trading to take place using real names, but that plan has yet to be implemented. Cryptocurrency markets in Korea showed no reaction until the middle of January when high government officials began to reveal very strong resentment against the market. The Minister of Justice announced in Jan. 11 his intention to shut down the exchanges. A few days later the Minister of Strategy and Finance reaffirmed the justice minister’s idea. Although the Blue House denied its confirmation, the news was enough to shock the market. In Korea, the price of Bitcoin has fallen to USD 14,000—a 6 percent drop in less than a week. It created havoc in cryptocurrency markets and some have written more than 200,000 petitions to the Blue House asking not to shut down trades.

Such a reaction is understandable but it is not easy to understand the potential risks that exploding virtual currency markets would bring about to financial businesses. First of all, the price behavior of such currency has been too odd or abnormal to be regarded as natural investment behavior. Another risk is potential evasion of tax levy or prudential legal requirements. There is also strong possibility that illegal activities might be connected to cryptocurrency transactions. That’s why governments like China, Korea or the United States are regulating volatile and potentially dangerous cryptocurrency trades. But not all countries necessarily have to close down the cryptocurrency trade houses like China. Depending upon the maturity of investors and legal infrastructure, government regulations can take a different form.