Nestled in the Taebaek Mountains, PyeongChang is normally a quaint and sleepy town. But the atmosphere completely transformed last month, as thousands of athletes and spectators from all over the world gathered for the 2018 Winter Olympic Games. Although it only ran 16 days, it provided plenty of dramatic moments.

For Americans, the women’s hockey team was finally able to its longtime Canadian rival. The Canadian men’s hockey team also lost to Germany and failed to advance to the finals for the first time in 12 years. Meanwhile, the Olympics was largely a disaster for Russia as the country was initially banned from participating by the International Olympic Committee due to a doping scheme back at the 2014 Sochi Games. Furthermore, people were stunned when Russia’s Evgenia Medvedeva was unable to take home the gold and had to settle for the silver medal instead.

The cold weather was also a major concern for both athletes and visitors alike. Officials from the Korea Meteorological Service forecasted in advance that it will be colder than the Winter Olympics held in Sochi, Russia and Vancouver, British Columbia. Some predicted that this year’s Games would be the coldest since the 1994 Winter Olympics in Lillehammer. Luckily, however, the weather during the opening and closing ceremonies, as well as throughout the Games, did not pose a significant threat. In fact, the opening ceremony surprised the entire world thanks to their brilliance, creativity and integrity. Above all, the entire world was astonished by Korea’s 5G technology and its impressive use of drones during the opening ceremony, making PyeongChang the most high-tech Olympics ever.

For the Korean people, the short-track speed skating events have always been at the center of focus. Korea has long been a super power in short-track speed skating, with a majority of its gold medals coming from this sport. So it was quite shocking when some of the women’s team failed to earn gold medals. Winning just three gold medals in this sport was a shock to many Koreans, but unexpected medals from unknown young athletes was a pleasant surprise. Along with a gold medal delivered by Yun Sung-Bin, a male skeleton slider, the women’s curling team received the international spotlight for winning the silver medal. Previously ranked 8th in the world, Team Kim (a reference to the fact that all the members share that surname) beat some of the most competitive curling teams before losing to Sweden.

But more suspenseful drama took place outside of the Olympic venues. First of all, South Korean president Moon Jae-in met with the high ranking officials from North Korea, especially Kim Yo Jung, the younger sister of North Korea leader Kim Jung-un, and Kim Yong-nam, the president of the Presidium of the Supreme People’s Assembly of North Korea. As demonstrated during the Olympics, the South Korean government wants to continue meaningful and consistent dialogue with North Korea, to guarantee the safety of Koreans and the international community. Although the United States and Japan have been suspicious of North Korea’s action, and therefore, skeptical about the two party dialogues, President Moon wants to maintain a series of dialogues not just with North Korea but serve as a bridge between North Korea and the United States.

North Korea seems like it will engage in dialogue, and the PyeongChang Winter Olympics has been instrumental in making this happen. If the United States joins the dialogues and a nuclear free peninsular can be achieved, this will be the transformation that all Koreans have been dreaming about. 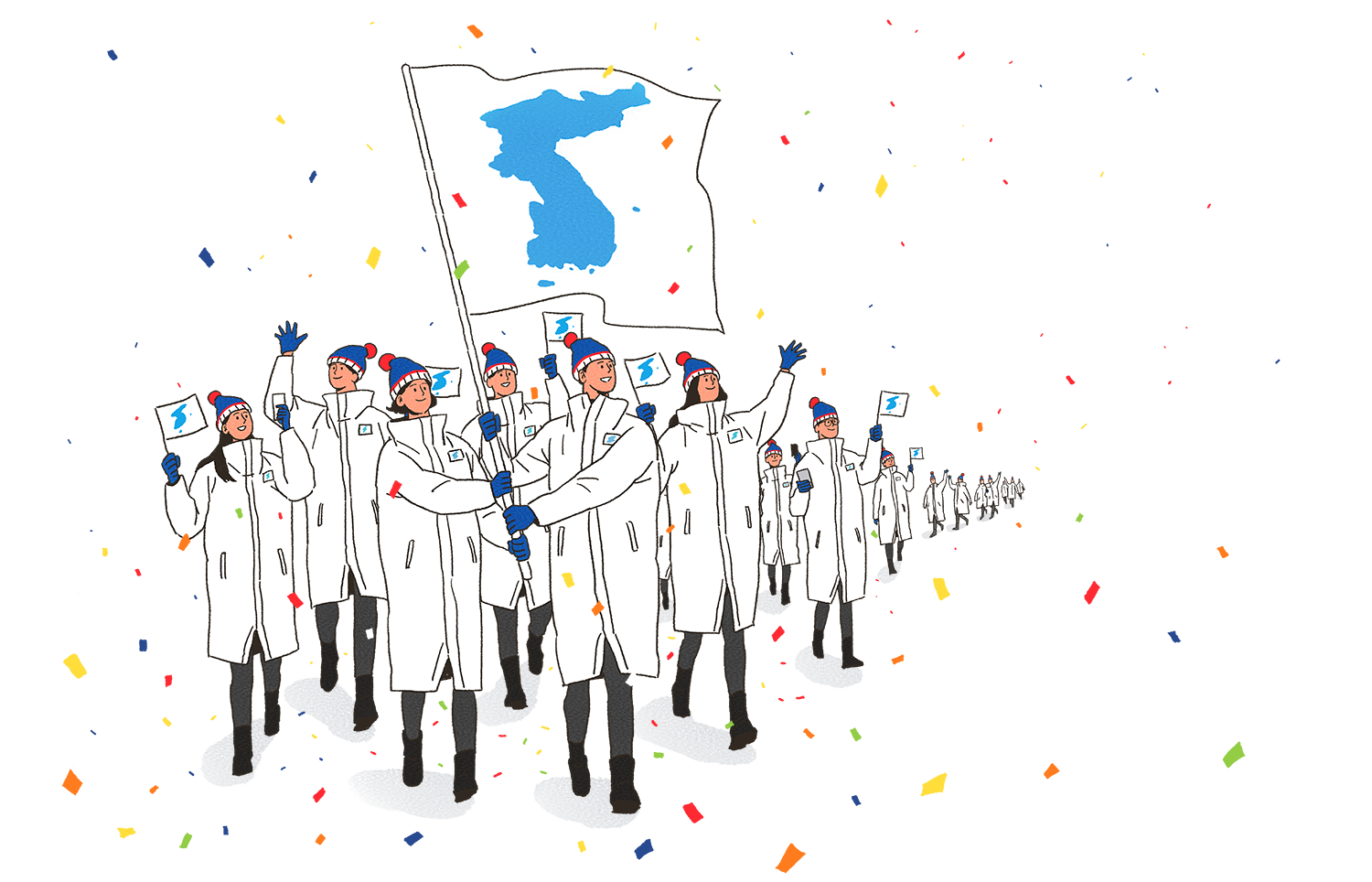