The FOMC, the ultimate governing body in determining interest rates in the U.S., has sent a clear message once again to the world that it is committed to rate normalization by raising the federal funds rate by another 0.25 percentage point to 1.75-2.00 percent after March this year. The highly expected rate hike yet again proves that the FOMC is firmly dedicated to depart from the decade-long low rate era. Regardless of who initiated it, and how successful or unsuccessful it may have been in dealing with the trauma from the post sub-prime mortgage crisis, the low rate regime in the past should come to an end and give way to a new era of the normal rate. No one knows how much further the rate will go up, but it is certain that the current rate will be raised at least twice more this year to be followed by another round of hikes in the next, as the FOMC announcement has implicated.

The interest rate hike may be hard to understand for most people, especially when the economic outlook remains somewhat grim, with the majority of people being burdened with heavy debt. But, as always, there are plenty of advantages to the hike. First, a higher rate brings higher interest income to depositors. This income effect is absolutely non-trivial in Korea. Household debt amounts to more than 1500 trillion won, while deposits of financial institutions reaches more than 2500 trillion won, which is 67% larger than household debt. A rate hike may raise the interest payments due for the debtors, but it also increases the income for the depositors, which may in turn boost consumption and growth.

Second, the banking sector may become much healthier. As the banking industry crucially depends on the deposits for its lending businesses, a higher rate would definitely attract more deposits, creating more lending business opportunities. Additionally, enhanced deposits would encourage the multiplier process in the banking sector, to be increasingly active in supplying more credit to the economy. Indeed, the extremely low interest rates in the last decade has lowered the money multiplier effect across the world. The multiplier (M2) for Korea, in particular, has decreased from 25.1 in 2000 to less than 17 in 2017. This drastic decline of the multiplier hinders business activities and profitability for banks. However, all this could change under a higher and rising rate environment expected from the Fed’s policies.

Aside from this, more positive effects are expected to emerge in terms of economy and investment in Korea, with prospects for peace on the Korean peninsula seemingly approaching closer. Of course, neither the decades-old conflict between the two Koreas nor the UN sanctions are over. And yet, this peace process seems entirely different from all the previous negotiations regarding North Korea. Although everybody understands that U.S. President Trump tends to boast about his achievements, this deal is fundamentally different, worth crediting him for playing an important role. This change is historical. This change unprecedented. This change was unthinkable just a few months ago.

The change in the geo-political landscape has huge implications on the Korean economy. Above anything, almost all the risks of potential warfare in the region have been stripped off. Just a few months ago, South Korea and the U.S. were alarmed at a possible nuclear war, but now, it seems as antiquated as Hiroshima or Nagasaki in the 1940s. On top of this, South Korea is willing to initiate, or at least participate, in the grand scheme of an economic development plan for North Korea, which would require billions of dollars’ worth of investment and active participation of hundreds of firms in Korea and abroad.

Yes, there are many stumbling blocks ahead. North Korea has been notorious for its unpredictability and unreliability for decades. No one can ever be 100 percent sure about whether North Korea will stay on the track of peace down the road. No one knows how secure Mr. Kim Jong-un’s grip on power is. No one knows how China and Russia will intervene in the process. And yet, a majority of people are optimistic about achieving peace in the region because all of these changes have sprouted from the deep-rooted economic desperation of North Korea. It should work out not only for the betterment of North Korea, but of South Korea and the entire world as well. 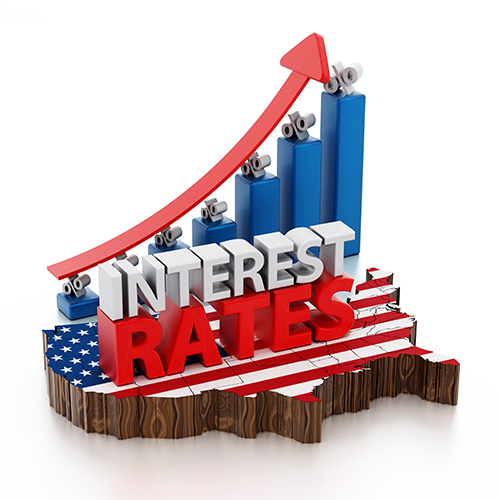 This is why a little rate hike worries no one, at least on the peninsula. Also, no one denies that the peace process be a lengthy one, requiring years, possibly decades. Perhaps South Korea will have to sacrifice a lot of money and resources during the process. Along the course, many dissenters are bound to voice strong opposition to the process, challenging the political leadership. But this is the way it should go. Korea cannot be embedded in the internecine war any longer. It’s been too long. The focus should be on how to minimize the friction, how to maximize the efficacy, and how to quicken the process. The results from Korea’s local elections on June 13 vividly demonstrated how the Korean people have embraced hope and trust in the peace process, offering their absolute support.