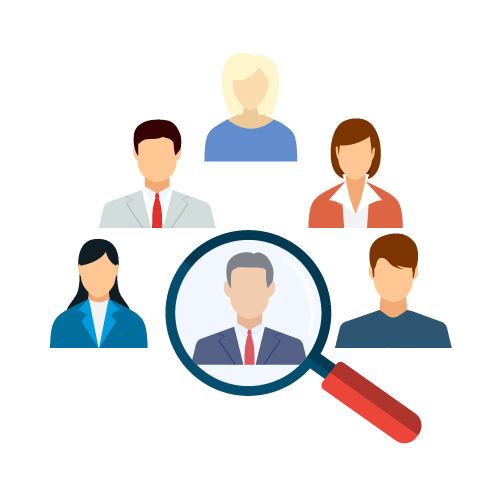 Still resonating across the battle fields of the mid-term election in the U.S. is one of the most attractive political slogans that President Trump has created, that is, “Make America Great Again!” A similar outcry deeply resounds in the minds of the people 10,000 miles away in South Korea: “Make Korea Hire Again!” Despite this, the Moon Jae-in administration has maintained an approval rate of over 60 percent for most its time in office, and has been focusing much efforts on creating new jobs. The meager job numbers for this year are more than enough to push the president and high-ranking officials in government to do more.

Job creation has been the prime goal for almost every government in office in the past. However, this goal is more important to the incumbent government than to any former ones as President Moon, in his historical inauguration speech declared that his administration is all for jobs. The creation of decent, quality jobs was one of the most important policy targets among the 100 policy agendas announced in the beginning of his term. President Moon’s first executive order was to form a presidential committee on job creation and to set up a job-statistics board in his office to conduct real-time monitoring of the job market. Looking at such moves at the executive level, nobody ever doubted nor doubts how serious and dedicated the president has been about the issue of job creation.

For almost a year and half, bureaucrats have typically been adamant in pointing out that demographic reasons, cyclical downturn or industrial restructuring has been the main culprit for dwindling employment numbers. During the last 18 months, they have initiated and implemented so-called comprehensive job creating policies. The job creation committee unveiled omnibus job creation policy packages in October of 2017, and the country’s Ministry of Economy and Finance announced a comprehensive job policy package in December of the same year. As the jobs for the younger generation were particularly necessary in early 2018, the ministry launched yet another audacious program in March to spur youth employment. Then it was followed by another round of job-policies in August of 2018. All of these policies absorbed more than 50 trillion won.

Why has the employment statistics fallen short of the administration’s expectations? Why has job creation been sluggish despite the budgetary injection of 50 trillion won? The answer seems simple to most economists, but not so much for the government officials. Surely, the demographic change involving the declining number of the population in their 30s and 40s has contributed, but the effect from this could not be more than 100,000 per year. Also, structural adjustment in the old smoke-stack industries such as shipbuilding, steel or automobile has probably reduced the labor force in the respective industries. Most economists agree that the new minimum wage and 52-hour work regulation policies have also contributed. Here, it is not argued that the new minimum wage law should be repealed or nullified. That is nearly impossible. It is not asked for the minimum wage law to be modified. That is almost impracticable. Rather, it is argued that the Korean economy needs to overcome new barriers to create more employment with higher wages.

In terms of economic jargon, the demand for labor curve should shift outward to make higher wages and more jobs possible at the same time. How would this work? The textbook answer is pretty straightforward: labor-productivity enhancing investment. This can be achieved either by the government or by the businesses. As labor productivity critically depends on the infra-structure of education and information, the government should invest more in infrastructure of technical education and training, especially in newer areas such as AI, bio, or drone. So, instead of allocating the budget toward venture projects, which have high risks of failure, the government should distribute more resources toward educating and training the labor force, which is likely to engrain knowledge within them throughout their entire lives. But more important is the role played by the businesses in creating new jobs. They have to be audacious, ambitious, and full of aspirations. The government must motivate them to have such aspirations and be encouraged.

The government must never forget that the businesses will ultimately be the ones to create decent jobs. The government should ask themselves what it can do for the businesses, not asking businesses to do things for the government. As President Trump has had to shout out “Make America Great Again,” President Moon may have to speak up and say, “Make Korean Businesses Hire Again.”