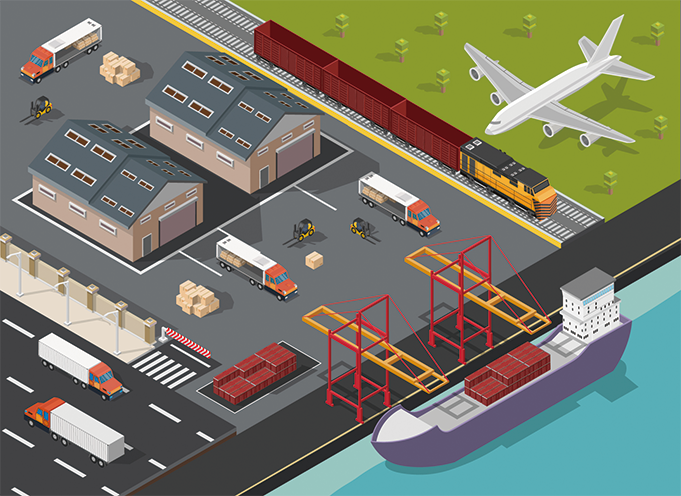 Still lingering in the fresh new year mood, the Korea Customs Service (KCS) released some surprising trade statistics that joyfully awakened the nation, which has been suffering from a prolonged export demise for more than a year. According to KCS, Korea’s exports for the first ten days of January 2020, showed a remarkable 5.3 percent increase compared to the previous year at which it decreased by 5.7 percent. This was exuberantly taken as a sign of ending a 13-month long streak of negative growth from November 2018.

One of the most fascinating facts was that the top two export items of semiconductors and petroleum products increased 11.5 percent and 30.6 percent, respectively, for the cited period. Such perennial top two export items showed particularly poor performance in 2019 with growth rates of -26.5 percent and -12.8 percent, respectively. Another optimistic fact is that imports stopped declining and began to rise in almost three quarters. Imports increased 7.6 percent for the first ten days of 2019. This is especially exciting because imports in Korea have usually been a precursory indicator of what’s to come in the near future. If imports increase, it usually means future exports and the economy will also bounce up because approximately four-fifths of Korean imports are raw materials and machinery, which play a crucial role in producing exports and activating the economy. Although this is merely ten-day data, it was more than enough to satisfy a nation that has been long haunted by export disappointment.

Undoubtedly, exports, being the key element of the Korean economic revival, the 2020 government plan for economic policy places the main emphasis on the export recovery. To achieve the goal of export promotion, the plan embraces several key projects among which are the appropriation of KRW 240.5 trillion, or an equivalent to USD 210 billion, to export finances. On top of this, the plan tries to give a new impetus to the New Southern as well as the New Northern Initiatives to elevate to a higher degree of cooperation and collaboration in those areas. In particular, the plan is targeting to achieve tangible results in the nine-bridge project as part of the New North Initiative. The nine-bridge project is to embark simultaneously on economic cooperation with Russia in the nine fields of natural gas, ports, electricity, the north-west passage, shipbuilding, industrial complex, agriculture and fisheries.

Other noteworthy projects in the plan are the strategy of promulgating exporting services, which is scheduled to be announced in March; and the strategy for the Proliferation of K-Brands, which is expected to be released in the first quarter of 2020. To be sure, exports in services and K-Brand merchandising could be new powerhouses for Korean exports in the future, and that is why many anticipate epoch making contents in the forthcoming strategies.

They just gave direction or guidance for better export outcomes of the firms. What really accomplishes excellence in exports is not a government plan, but the competitiveness of the firms. When it comes to export performance, what tells the real story is nothing other than corporate competitiveness in the quality, design, follow-up services and price. Competitiveness comes not from dry plans or strategies but from human desire and ambition.

There is an old Chinese saying which says you can lead a horse to water, but you can’t make it drink it. It is clear that the government can lead firms to a better environment, but it can’t make them achieve better results unless firms desperately want to. Everything rests upon the business’ mindset. If a strong business mind is permanently bonded to efficient government plans, the ten-day fairy tale of export statistics can be extended to years and decades of an export boom.