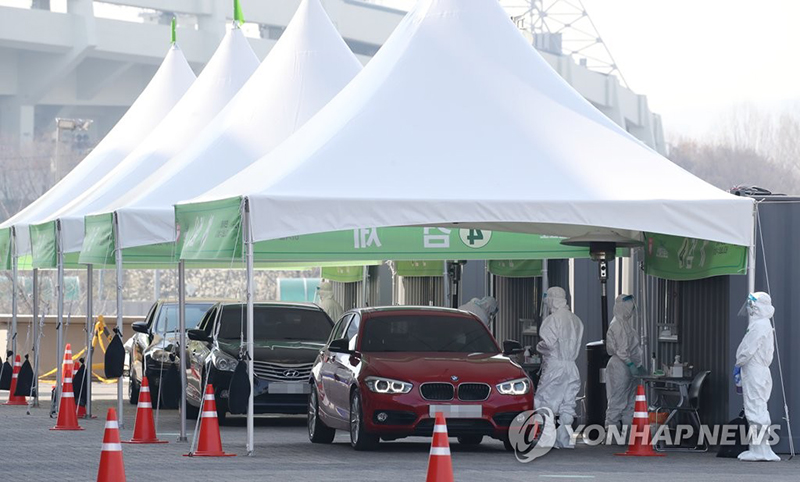 The 2019 Coronavirus outbreak, or COVID-19, is a highly infectious disease caused by a virus very similar to SARS. That is why it is sometimes called SARS-CoV-2. The disease began spreading in late 2019, probably around November, in Wuhan Province, China, and was officially declared a pandemic in March 2020 by the World Health Organization (WHO).

So far, hundreds of thousands people have contracted the virus and several thousands have already lost their lives. In Korea alone, there are more than 8000 confirmed cases and 78 deaths so far. However, the pace of its spread or its fatality is so fast and awful that counting their number loses validity almost as soon as it is announced.

The pathological risks aside, COVID-19 has struck an unprecedented blow to the world. Global stock markets plummeted and the financial world was put in ultimate chaos in its aftermath. For example, in the week of March 9, the Dow Jones Industrial Average fell 10 percent on Thursday and came back 9.36 percent on Friday, while the NASDAQ fell 9.43 percent followed by a 9.35 percent recovery. The KOSPI showed more tenacious troubling signs throughout the months of February and March, where the index fell by more than 20 percent.

However, it is not merely the falling stock indexes that the pandemic has dealt to the world. It is the ‘real economy’ that could crumble after the malaise. Here, the real economy means millions of SMEs in retail stores, taxi drivers, restaurant owners, and manufactures who have their businesses devastated by the disease due to complete closure or reduced operation.

They must have lost substantial revenues and incomes, and its impact would rippled down to their supply chains. Millions after millions of people might be adversely affected by reduced working hours or income, making their livelihood or standard of living worse than ever before.

It is not a few tenths of percentage point drop in GDP growth rate. It is human decency that is at stake after COVID-19. This is a national emergency as South Korean President Moon as well as U.S. President Trump declared.

Therefore, the economic cure for this global state of emergency has to be more audacious and ground-breaking than ordinary policy makers would have expected. A traditional macro prescription of lowering interest rate or quantitative easing would not work anymore. It might have some positive effect of temporarily reducing the fever in the financial markets but no direct impact on the millions of people losing their jobs and income. General tax exemption is also hardly recommendable because most of the benefits of the tax cut goes to people with sufficient incomes, having little real effect on lower income groups.

Now, the real COVID-19 emergency prescription should be conducted under the following principles: First, it has to be a micro, rather than macro, surgical policy. It has to be applied and executed right to the point of the problem. Subsidies have to be provided directly to taxi drivers, small business owners and manufacturers. Teachers or professionals who lost income because of quarantine or closure should also be given proper compensation.

Of course it may be really challenging and time consuming to exactly figure out the extent of the damage caused by the disease, but it should not be taken as the reason for not adopting the necessary micro policy, nor as an excuse for adopting a universal indiscriminate subsidy. It might be suggested that the affected victims be classified according to the severity of the damages as A class, B class and C class, where governmental support could be differentiated.

The second principle is that the policy should be preemptive. The measures have to be quick and right on time. Lengthy calculation or validity evaluation processes should be put away in a state of emergency. There is little time to waste as most of the affected people are desperate and on the verge of collapse. This doesn’t mean that help should be given irresponsibly. Authorities must in advance have a prior legitimate and meticulous manual for the governmental support process which will be applied almost immediately after the situation arises. All governmental support must follow a predetermined manual to quicken the process, and all associated paperwork must be laid afterwards.

The principle is that the magnitude of government support has to be audaciously radical to meet the real needs of the public. Resources have to be sufficient to sooth the pains and toils of the millions of SMEs and their families. Considering the extent of the economic damages incurred by COVID-19, a small percentage of the national budget may not be enough. It might require a small percentage of the entire GDP, amounting almost a hundred billion dollars.

Luckily, the pandemic in Korea has shown a little beam of hope as the number of new cases has been dwindling from a few hundreds to below a hundred. More people are being treated than new patients. The way Korea is handling the disease is getting worldwide acclamation, even by President Trump for its effectiveness and thoroughness.

Although it is not over yet, Korean people are beginning to feel the positive hope of eradicating this unprecedented challenge. Now, it is the role of the government to heal the economic wounds as soon and ubiquitously as possible. Also, the people in Korea should not be overly afraid of the virus. As long as each and every individual keeps his/her proper sanitary procedure of washing hands and maintaining adequate distance from others, there should be nothing beyond what we’ve seen so far to worry about.

This will also pass by.