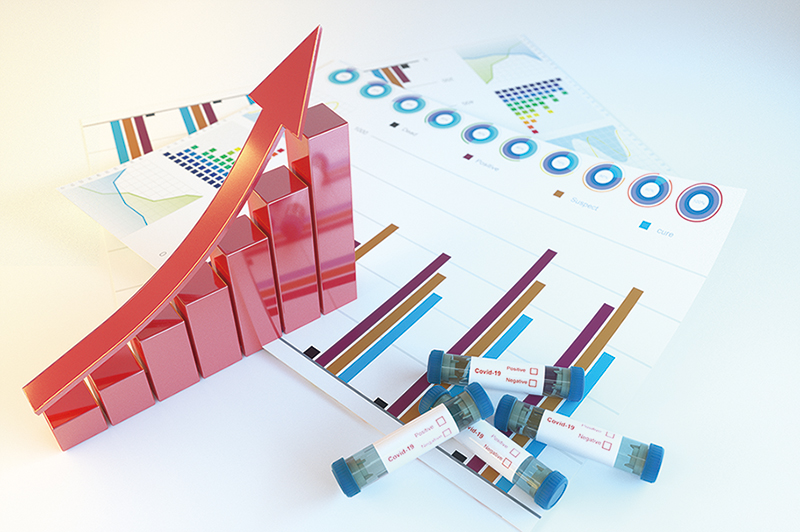 Coronavirus Disease 2019, or COVID-19, has so far devastated the global economy to a scale that no one had ever imagined before. At first, many had thought it would go away sooner or later without incurring tangible scars on the globe. But the pandemic permeated relentlessly through national borders and airports even with maximum sanitary security. Once lightly esteemed, economists and politicians are shocked by the tenacity and longevity of the disease and its economic impact all over the world.

Even the most prestigious institutions are busy correcting their economic forecasts every month. The International Monetary Fund (IMF), for example, announced in January this year that the global growth rate for 2020 would be 3.3 percent. Three months later in April, it was changed to –3.0 percent, and again to –4.9 percent in June. A most recent economic projection by the IMF shows that there’s only one country, that is, China, which expects a positive growth for 2020, leaving all others in the negative territory. There is no doubt the year 2020 will become the worst economic recession that any country has ever experienced since the Great Depression.

Now, the practical question that must be answered is how to get out of this unprecedented turmoil as soon as possible. To answer this, two critical premises have to be addressed beforehand. One is to identify the groups who have been the most vulnerable to COVID-19. There are certain groups of people, such as public employees or the military, hardly affected by the malaise, while there are those whose entire businesses have almost wiped-off, mostly in the service industries. Also, smaller enterprises within a specific industry would face heavier burdens. Therefore, the policy authorities should carefully consider which industries and SMEs should be the target of emergency policies. The wise and effective outcome of the economic measures against COVID-19 depends critically upon the authorities’ selection of the most affected industries and SMEs. Government support programs should not disregard the damages, and its help should be tightly correlated to the need of each and every industry.

The second premise is to prioritize strategically more urgent projects towards making a proactive economy. Under the insufficiency of government resources, mostly coming out of national debt, the authorities have to allocate support for the right sectors to avoid waste or redundancy of such resources. A recent survey by the Korea Institute for Economics and Trade (KIET) shows that SMEs expect certain areas have become more promising after COVID-19, and demand concentrated support from the government. Those areas are health, bio, and on-line trades. They also request public subsidies for projects such as smart city, smart farm and smart factory. Even before the pandemic, the Korean authorities realized the importance of digitization in every facet of economic trade, and have endeavored to erect a nationwide smart infrastructure. This pandemic will work as a thrusting impetus toward those efforts.

Unit: Points (out of a scale of 7 points)

It is widely understood that an effective COVID-19 emergency measure should be implemented under the following principles: namely, it has to be a surgically micro policy. The measure has to be applied and executed right to the point of the problem. Taxi drivers, small business-owners and manufacturers should be awarded income protection immediately and directly from the government. Teachers or professionals who lost income because of quarantine or closure should also be given proper compensation. Also the policy should be preemptive. The measures have to be quick and right on time to prevent the eventual tipping over caused by delay or negligence. In order to be so, all red tape of validity checking and the distribution process should be kept at a minimum. In addition, the government support has to be audaciously generous to satisfy the real needs of the ailing firms and industries.

The Korean central government has been proffering a grand new plan for the dual purposes of overcoming COVID-19 on the one hand, and preparing for the next industrial generation, on the other. Under the title of Korean New Deal, the authorities are allegedly planning to put enormous resources into a series of projects for digitalization (Digital New Deal), environmental infrastructure (Green New Deal), and job security (Human New Deal). The Digital New Deal encompasses a set of fresh programs designed to transform Korean society into a totally digitalized environment. To build up a data and network-oriented society friendly to artificial intelligence, and to foster “untact” industries, the plan allots KRW 36 trillion for the next five years until 2025. The Green New Deal project geared toward promoting an environmentally clean society is focused on building green infrastructure such as neighborhood parks and clean energy consumption. The Human New Deal is to provide job security and unemployment insurances to all economically active people.

A few weeks ago when it was first revealed, the total budget for the Korean New Deal was set at KRW 76 trillion, but it was reported to be expanded to KRW 160 trillion for the next five years until 2025. Although this looks like a huge amount, it may be very small considering the current damages of COVID-19 in the first half of this year. To some estimates, the sales reduction in the service industry for the first half of 2020 amounts to several hundred trillion won, and if the pandemic persists until the end of 2020, the damages are expected to double. Now, it is evident that the government has to face a very challenging task to fight for post COVID-19 vitality through the Korean New Deal.