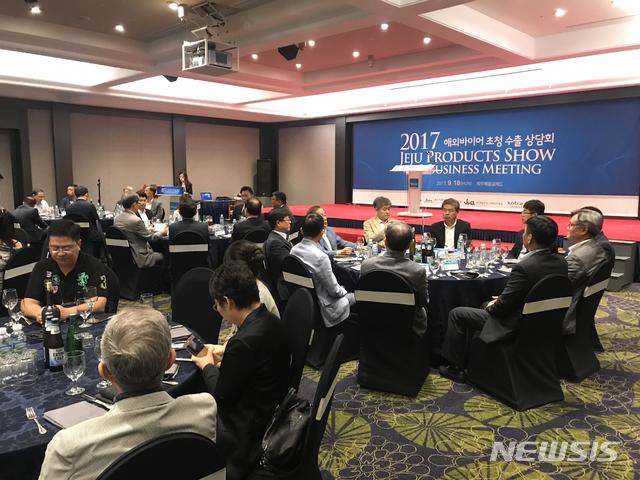 Jeju Special Self-governing Province announced on October 5 that three Chinese power bloggers will visit and promote and sell products during the Jeju Products Show Business Meeting to be held from October 8 to 10.

Wang Hong's live event will be participated by companies carrying out Wang Hong education and counselling in Shanghai, and those carrying out activities mainly on Taobao and T Mall.

They will be arranged one-on-one with the participating companies including Jeju's Helios, to promote and sell the products via mobile phone in real time.

The promotion sales will take place at Jeju Business Agency on October 8 and at Cheju Halla University Convention Hall on October 9.