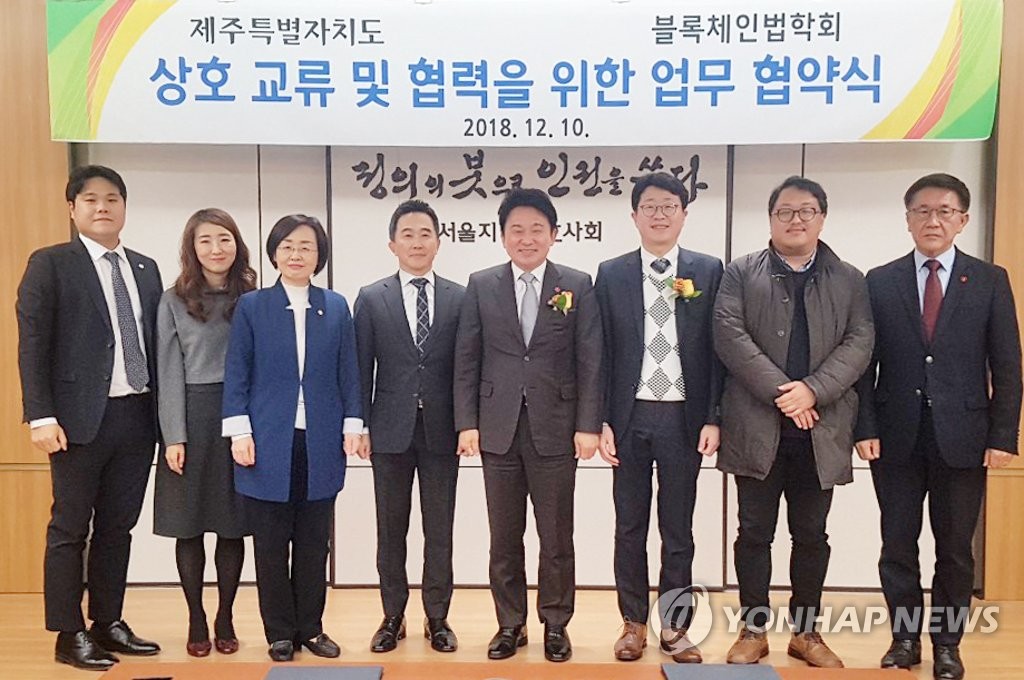 (JEJU=Yonhap News) Jeju Island is set to revitalize regional economy by attracting new growth engine industries such as the blockchain industry. Jeju announced on January 6 that the goals of economic policy this year will be "stimulating regional economy by generating decent jobs and pursuing development projects through investment attraction ".

The Island will diversify target industries and countries to secure sustainable growth and stable investment attraction, with the target of drawing $200 million FDI.

Especially, apart from China which it used to put most efforts, the Island will actively attract investment from North America in the renewable energy and electric vehicles, Japan in the Sixth industry and BT, Singapore in blockchain, and Europe in smart city and cosmetics industries.

In case of tourism development projects, there will be stricter review on development projects according to the ordinance revised in February last year, and stronger monitoring on meeting the requirements for application, such as hiring Jeju Islanders and involving local constructors.

An official said that "although this year's prospects for the Jeju economy are cloudy, we will do our utmost to revitalize regional economy by devoting ourselves to attracting investment for the creation of decent jobs and growth engine".