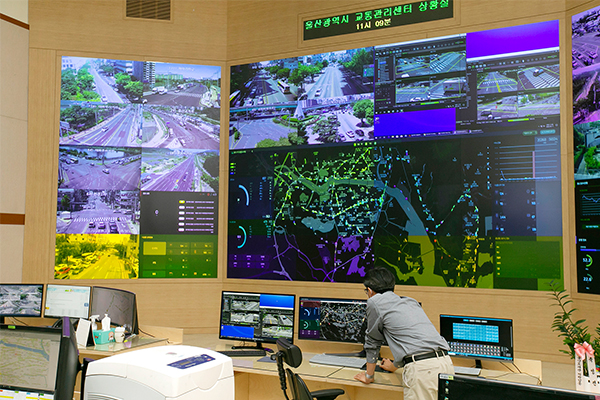 
According to Pulse by Maeil Business News Korea,

South Korean wireless network carriers expanding battlefield in a range of 5G-based businesses are contesting over smart mapping and connectivity to sponsor self-driving vehicles when they hit the roads.

In a press conference Wednesday, KT Corp. said it was bidding to dominate orders from regional governments based on its successful demonstration experience through so-called cooperative intelligence transport system (C-ITS).

KT has so far won the largest number of C-ITS orders in Korea. The company has completed demonstration project for Jeju Special Self-Governing Province in 2020 and established C-ITS in Ulsan last month.

In Jeju, KT realized an emergency vehicle over-ride signal control service that allows ambulances and fire trucks to pass right through without waiting for signals at crossroads for them to arrive on the scenes quickly and safely.

KT has also applied the country’s first artificial intelligence-based image analysis solutions to its intelligent transport systems for pedestrian safety considering Ulsan City is an industry-focused region with many vehicle cargos on the roads.

The solutions automatically extend pedestrian signal when disabled, elderly, and children are not done with crossing the road.

KT has won related orders from five local governments – Daejeon, Seongnam, Bucheon, Anyang, and Gwangyang – in addition to those from Jeju and Ulsan.

KT is expanding its presence by winning many orders from local governments whereas SK telecom is establishing C-ITS in the country’s capital Seoul, said an unnamed industry official.

By Lee Jae-cheol and Lee Eun-joo