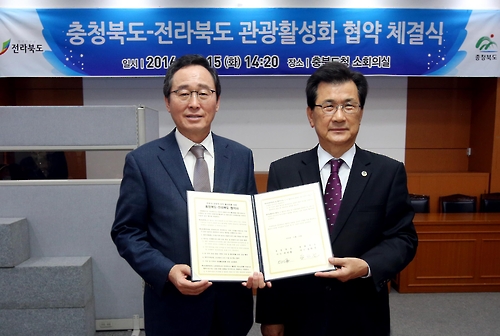 The agreement was entered into to establish a cooperative system based on local tourism resources and jointly attract more tourists.

They also agreed to beef up cooperation on promotional marketing, tourism presentation meetings, and on and offline media campaigns for nine Chinese cities including Beijing, Shanghai, Shenyang, Dalian and Hangzhou, which are main destinations of flights from the Cheongju Airport.