U.S. Visitors to Learn About Korean Culture in Cheongju, Gwangju
Date
2017.08.29
Views
283
According to Yonhap News,

(SEOUL=Yonhap News) The Korean-American Culture Arts Foundation (KACAF), which aims to spread traditional Korean culture within the United States, announced August 24 that it will be holding the U.S. K-Culture Lessons in Korea in Cheongu, North Chungcheong Province, and Gwangju City on October 14 and 15.

According to a KACAF source, "the event will provide an opportunity for some 150 visitors from the U.S., including Korean-Americans, and KACAF members in Korea to learn about traditional Korean culture through hands-on experience."

Participants will be visiting the Mabul Gallery in Cheongju on Oct. 14 and Gwangju's Beautiful Convention Center on the following day to make fans and flowers using traditional Korean paper hanji at workshops led by hanji artist Lee Jongguk and Buddhist monk Seokyong, a master of paper flowers.

The group is also scheduled to visit cultural heritage sites during their stay.

In November, the foundation plans on inviting artists that specialize in various fields of traditional Korean art to the U.S. state of Maryland, where it will be holding a Korean-American Cultural Arts Festival. 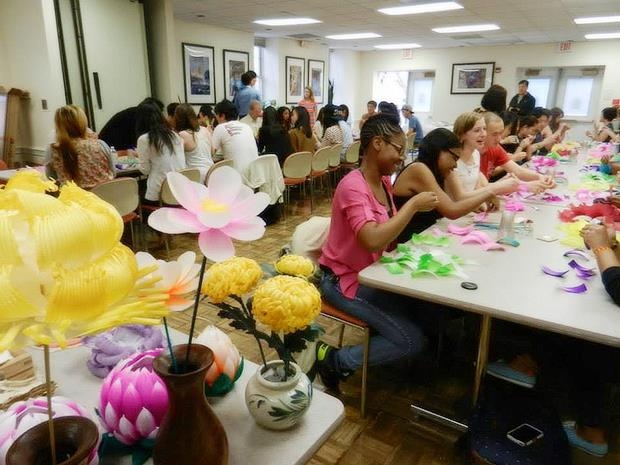