(CHEONGJU=Yonhap News) According to North Chungcheong on January 16, the province's total exports in 2017 amounted to USD 20.002 billion, a 25 percent increase from the previous year's USD 16.004 billion.

This is the first time the province exceeded USD 20 billion in annual exports.

Initially, the province was preparing to set USD 20 billion as its exports target for 2018, but the stellar performance last year has encourage the province to raise its new annual target to USD 22 billion.

To further diversify iis export products, the province plans to carry out 81 foreign marketing projects, including the dispatch of business delegations to Russia , Kazakhstan, and the Middle East, as well as participation in a medical equipment exposition in Singapore and a cosmetics fair in Mumbai, India, later this year. 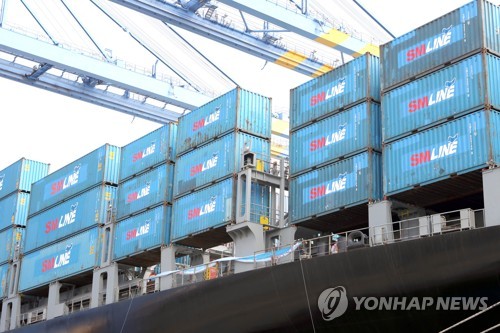