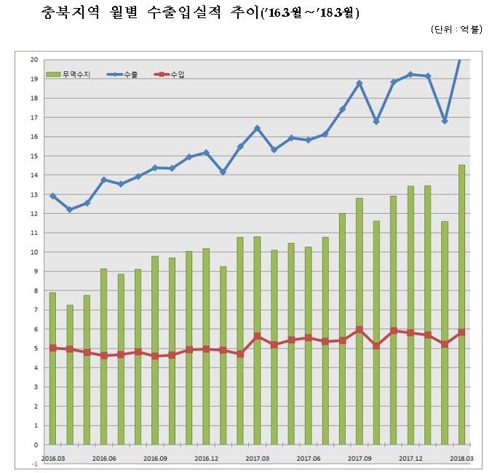 For Chungbuk companies, surpassing the USD 2 billion mark is a first, last month's record is 21.3% higher than the previous month (USD 357 million).

Semiconductor exports made up 48.7% of total exports at USD 993 million, and is 43.7% higher than the previous year, for the same month.