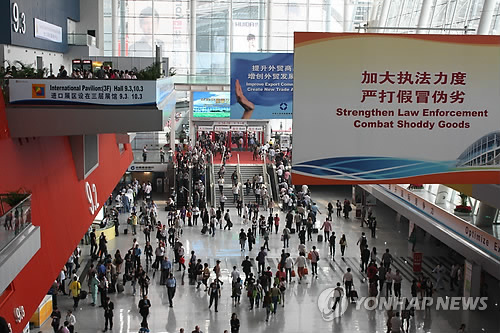 According to Chungbuk-do's announcement on May 9, 12 companies from Chungbuk took part in the Canton Fair and carried out consultations for 611 cases, or USD 15.84 million, of exports.

This is close to double last year's consultation results of USD 8.34 million.

A total of 67 export agreements totaling USD 3.45 million were signed during the event, including CNT Korea's USD 240,000 order from a Pakistani buyer.

B&D Life Health is in talks with a Chinese buyer about a USD 2 million order and Bitdam agreed on a USD 3 million deal with an Indian buyer.

Many of the consultations are expected to lead to contract agreements.