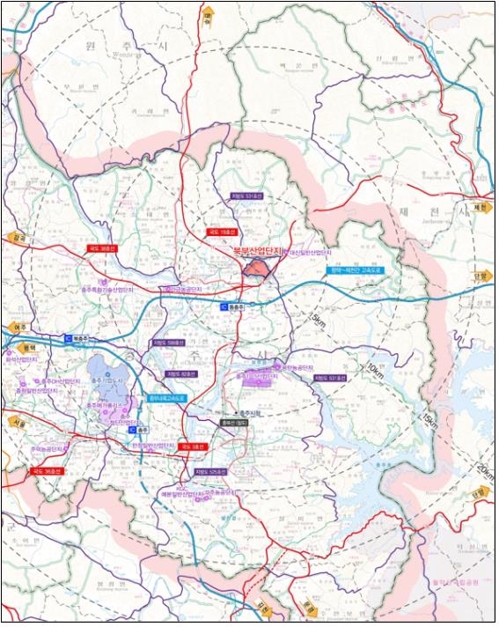 According to the Chungbuk Development Corporation's announcement on June 7, Chungbuk province approved and announced the public development of the industrial complex in Chungju.

The project entails the construction of an industrial complex that covers 14,000,000㎡ over the Eomjeong Myeon and Sancheok-myeon districts by 2021. The Chungbuk Development Corporation and Chungju City jointly invested KRW 180 billion for the public development project.

Chungbuk Development Corporation will hold an information session for residents after the project has been approved, and plans to start construction sometime this year after the announcement of a compensation plan.