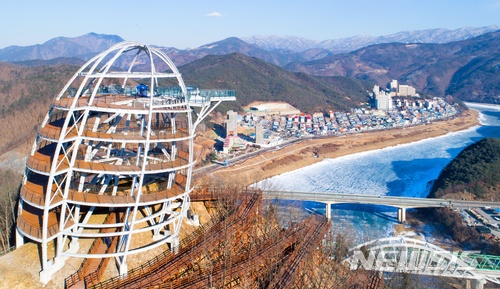 On June 18, the district revealed that it did not expect many visitors due to the fine dust and disordered atmosphere surrounding the elections. However, Danyang attracted 3,392,074 tourists between January and May.

The county's Dodamsambong Peaks recorded the greatest number of visitors at 351,475.

The Suyanggae Prehistory Museum also recorded a monthly average of 15,000 visitors since April, thanks to the popularity of its newly-built light tunnel.

The statistical data of the tourists were surveyed through unmanned measuring instruments and ticket sales at 22 major tourist attractions in Danyang, including the Dodamsambong Peaks.