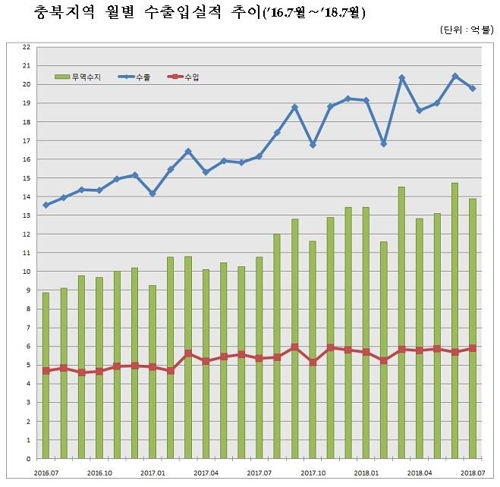 According to the Cheongju Customs, export volume of companies in the Province was USD 1.978 billion and the import volume was USD 589 million.