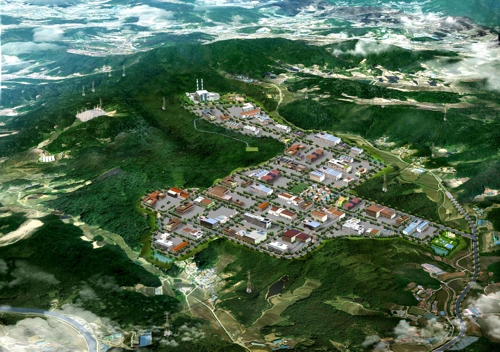 (CHEONGJU=Yonhap News) A large foreign investment area will be established in Ochang Technopolis in Cheongju.

According to Chungbuk-do Province on September 28, a district for foreign investment will be established on a plot of 330,000 ㎡ in Ochang Technopolis, in which it will be built on the land of 1.49 million ㎡ in Cheongju.

The Province had a signing ceremony of the agreement with Cheongju Ochang Technopolis the same day.

The Province aims to have the agreement reviewed by the Ministry of Trade, Industry and Energy for designation of the foreign investment area, and have the companies moved in from 2020.

It will also attract four to five foreign-invested companies that can create jobs and has excellent technologies in the field of the sixth new growth industry of Chungbuk-do, including semiconductor and secondary cell.

The goal of the investment size is KRW 500 billion to KRW 2 trillion.