Chungbuk-do Records a Trade Surplus for Over Nine Years, Thanks to Semiconductor
Date
2018.10.22
Views
200 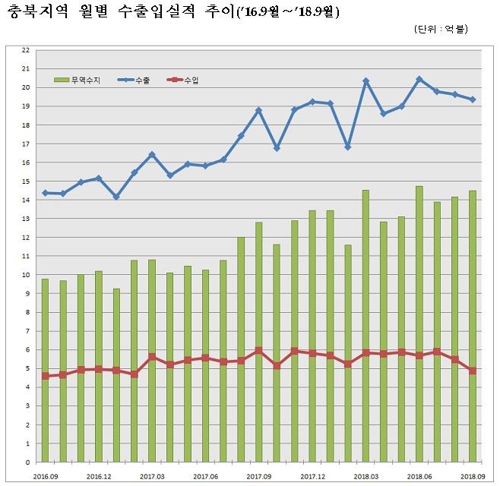 (CHEONGJU=Yonhap News) Last month, local businesses in Chungcheongbuk-do reportedly recorded a trade surplus of USD 1,450 million. The province’s trade balance has been in the black for nine years and nine months since January 2009.

The surplus from the province accounts for 15.2 percent of the nation’s total trade surplus (USD 9.5 billion).

According to the Cheongju Customs, as of October 15, local businesses in Chungbuk-do recorded a total export of USD 1,937 million, whereas their total export was USD 486 million.

The export increased by 3.5 percent year over year (by USD 66 million).