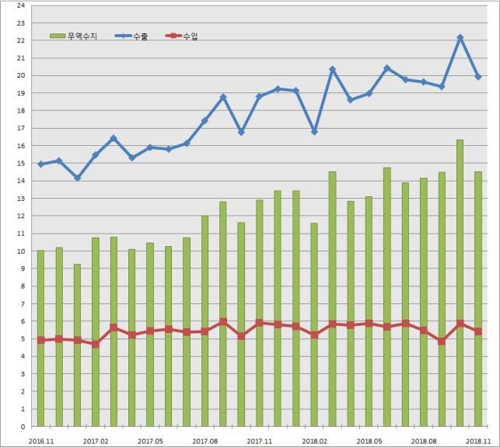 (CHEONGJU=Yonhap News) Chungbuk-based businesses are continuing their trade surplus for 9 years and 11 months since January 2009.

The amount of exports by items of electric-electronic devices, blasting agents, precision devices increased 32.8%, 23.2% and 18.2%, respectively, from the same month previous year.

Semiconductor exports fell 3.5% from the same month last year; however, it accounted for the 43.5% of total exports, still holding the largest share.

An official from Cheongju Customs said that the export amount of semiconductors is comparable to that of normal years.