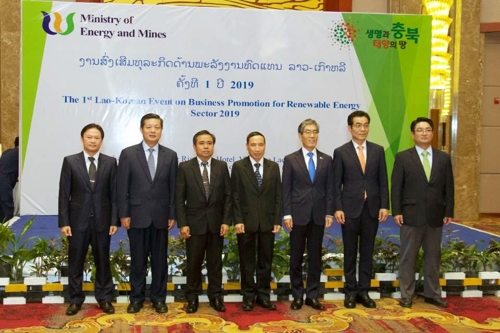 (CHEONGJU=Yonhap News) Chungbuk-do has accelerated its move to export its solar energy industry to Laos.

The Chungbuk delegation visiting Laos met with the Deputy Minister of Energy and Mining on June 18, and discussed cooperative projects that Chungbuk's energy companies can enter the Loas market through ODA program.

The delegation also gave an invitation letter for "2019 Solar and H2 Festival" to be held in Jincheon, Chungbuk in September.

On June 17, the delegation had a business partnering session in a hotel in Vientiane.

A provincial official said, "Chungbuk and Laos will forge a relationship that advances into a win-win partnership through continued exchanges in the energy industry."