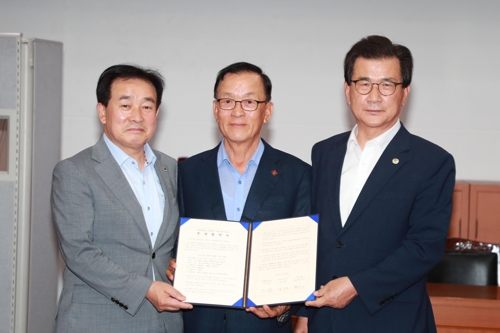 Jisan group, which owns several business sites in the southern part of capital area and Chungcheon, is a logistical company specialized in business site development and leasing thereof.

Jisan group plans to produce construction materials on its own taking advantage of investment in Moonbaek-meyon.

Jisan group is to endeavor to implement and expand investment, while contributing to regional economy revitalization through local sourcing and employment.

The signing ceremony was attended by 20 participants including Chungbuk governor, Jincheon-gun mayor and chairman of Jisan group.