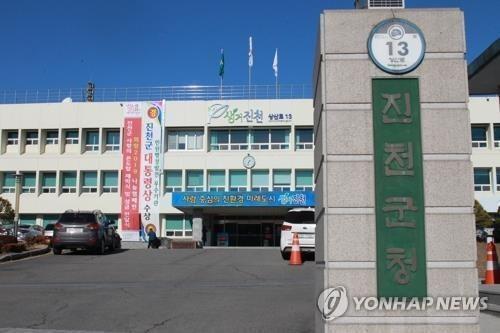 A town of Jincheon, a rising hub as a future growth driver in the center of North Chungcheong Province, announced on Dec. 5 that the total investment volume they've raised so far this year is estimated to be KRW 1.42 trillion, setting a record over a trillion won in investment for four consecutive years.

The total amount of investment the town has made over the past four years stands at around KRW 6.2 trillion, during which the governor of Jincheon, re-elected last year again, began to extend his term. Securing already half of the investment amount he has proposed as an election pledge during the campaign, he appears to have no problems at all to meet the goal of KRW 4.4 trillion for the rest of his tenure.

It's quite unusual for this non-capital, local community to raise such amount particularly in the midst of global economic slowdown which makes businesses worldwide less confident about the future investment. The town, which has desperately wooed large corporations to move in for years, finally welcomed top-players such as Hanwha-Qcells, CJ CheilJedang, SKC, Lotte Glogics.

The great success in the investment attraction was well reflected onto numerous figures in multiple index, for instance, the town's local income tax totaled KRW 25.9 billion last year alone, coming right next to the city of Cheongju, who ranked No.1.

The town also added 10,300 newly employed and 11,000 residents over the past three years, showing the highest employment rate (70.9 percent) as of last August among other local governments nationwide.

It ranked seventh in terms of population growth rate, marking 15.7 percent over the past last three years.

Gearing up for the drive, the town set a new plan to develop an industrial complex & petit-sized small towns, part of strategies to attract new investors locally.