(CHUNCHEON=Yonhap News) The Chuncheon 2017 National Leisure Sports Festival will open on Friday for a three-day run with more than 2,000 athletes and sports officials.

The festival, held in the city 85 kilometers east of Seoul, began as an international event in 2010 to be held every two years. Its national version was first arranged in 2015 to utilize the country's sole leisure sports competition venue and to promote the international festival.

This year's event is themed "Leisure is Life." 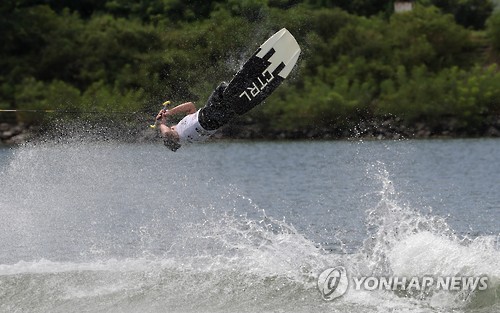 Chuncheon is well known as a lake city for the big body of water created by a nearby dam. But with people having extra free time after the introduction of the five-day work week in 2002, the city needed more than nature's scenery to make itself an attractive tourism destination. It decided to build a leisure tourism business to revive the local economy, targeting people who will enjoy leisure sports within just an hour drive from Seoul metropolitan area.

Chuncheon decided to launch a festival that incorporates sports that uses mountains, rivers and lakes to turn itself into a leisure city. It joined the World Leisure Organization in 2004, and on Aug. 26, 2005, it won the bid to host the International Leisure Sports Festival, simultaneously with the organization's congress, in 2010. 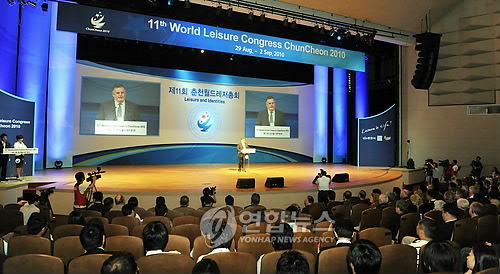 Despite the initial success, festival organizers faced difficulties in keeping the momentum going to continue with the event. The city had spent 12 billion won (US$10.61 million) in hosting the first festival, and there were concerns whether the event would bring enough profit to allow its continuation.

Utilizing the large number of competition facilities built for the event, which cost over 100 billion won, also became a major issue.

The budget eventually was cut massively, and organizers had to scale back. But they decided to make the festival more participatory, inviting local people who casually enjoy leisure sports in small groups. Programs for children and youth were developed, and a number of competitions were tailored for amateurs.

"This year's festival brings leisure sports to one place, giving an opportunity to see top athletes all at once," Choi Gap-yong, secretary of the festival's organizing committee, said. "Trial events that not just professionals but anyone can participate in will be available in abundance this year." 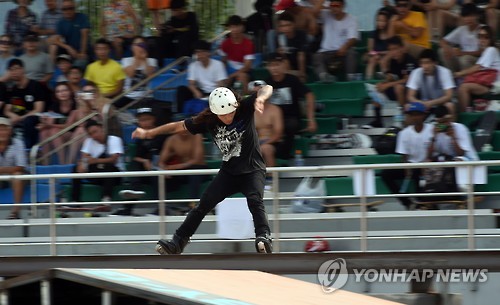 Trial events include hot air balloon rides and survival games. Water motorcraft and motorless water skiing will be available near festival venues. For family visitors, air bounding, virtual reality and tea ceremonies are on offer. A night glow show has been arranged as a special event, while nighttime shows include Latin dance and inline slalom.

Drone racing demonstrations and freestyle shows are exclusive highlights of the Chuncheon festival.

The organizing committee has 110 volunteers to work with for this year's event. Choi Dong-yong, the mayor of Chuncheon, said the purpose of the national festival is to raise people's interest for next year's international version and to expand the base for leisure sports.

"We will establish (Chuncheon) as the leading leisure city by having visitors enjoy different tourism facilities," Choi said.