Container Traffic in the East Coastline of Gangwon Increased in the Third Quarter
Date
2018.10.30
Views
169 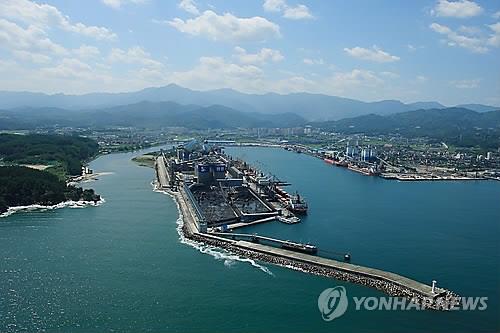 (DONGHAE=Yonhap News) The cargo volume of Liquefied Natural Gas (LNG)and coal dealt with at the Trade Ports in the east coastline increased during the third quarter of this year while that of cement decreased.

According to the Donghae Regional Office of Oceans and Fisheries on October 24, the total container traffic in five trade ports in the Donghae region increased by 0.6 percent to 46 million tonnes until September compared to the same period last year.

The increased volume of LNG and coal is due to the increased LNG storage facility at Hosan Port and increased demand for coal of Korea Southern Power Co. Ltd.