The 8th GTI International Trade Investment Fair will be held for three days in the city of Wonju starting from Oct. 8 n
Date
2019.11.27
Views
121 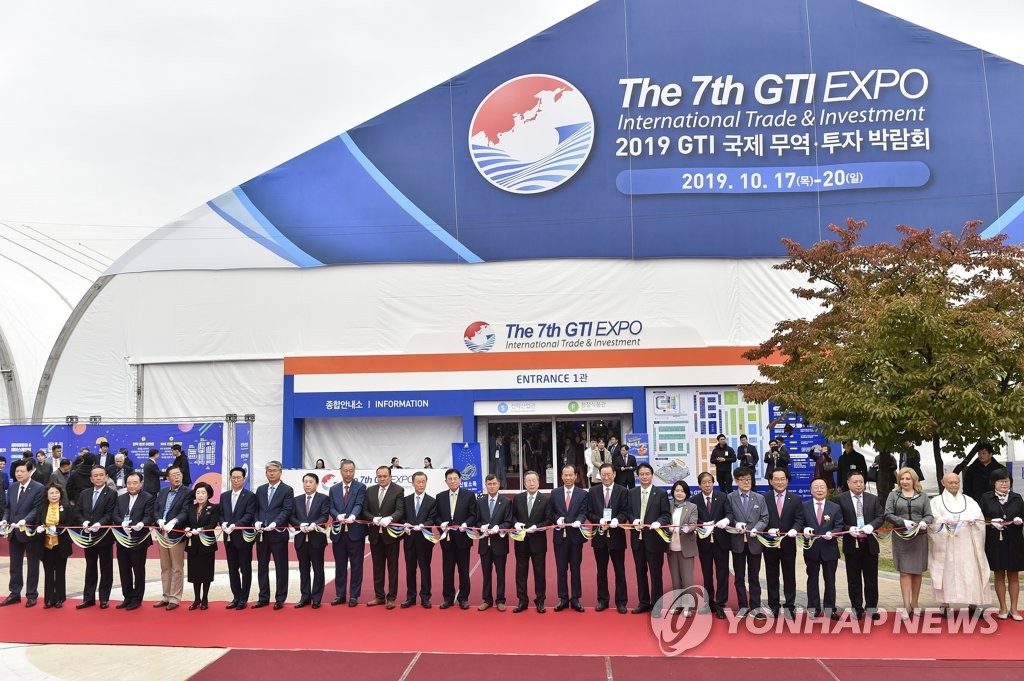 The 8th GTI International Trade / Investment Fair, regarded as the Hallyu Economy Fest in North East Asia, will be held for three days in the city of Wonju starting from Oct. 8 next year.

Over 550 exhibition stands and 150 night market booths will be put up during the festival, which aims to attract over a thousand buyers overseas, a group of 20,000 business delegates who find Korean suppliers and 200,000 visitors home and abroad.

The fair committee also set a higher goal for the trade contract volume to reach from KRW 412.5 billion to KRW 500 billion. Now, this GTI International Trade / Investment Fair is thought to be a symbolic event in North East Asia as the 7th fair, a four day event that attracted approximately 230,000 in Wonju city, set a record high in its trade contract volume valued over KRW 412.5 billion.