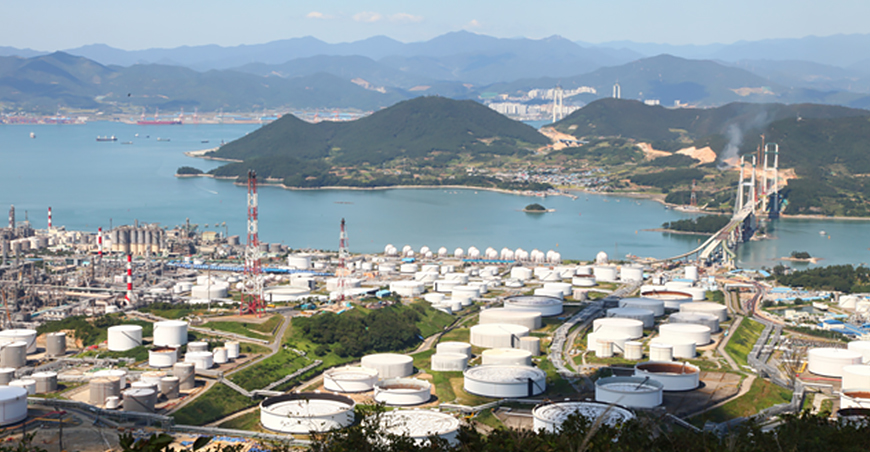 In addition to the petrochemical infrastructure, Yeosu National Industrial Complex also has excellent logistics infrastructure for import and export. It has a total of thirty-two berths in ports including the U-1 Cargo Port accommodating up to 300,000 ton-class ships, the Petrochemical Port, the Crude Oil Port, and the Cosmos Port.

A total of 294 companies are operating in Yeosu National Industrial Complex by employing some 24,390 workers. It plays a pivotal role as the growth engine of the regional economy by producing KRW 48.86 trillion (USD 4.04 billion) and exporting USD 17.6 billion.

About the Industrial Complex

Anchor Companies in the Complex