[ICT] Korea Moves Fast to Advance into a Global Powerhouse in the Robotics Industry
Date
2021.12.08
Views
2405 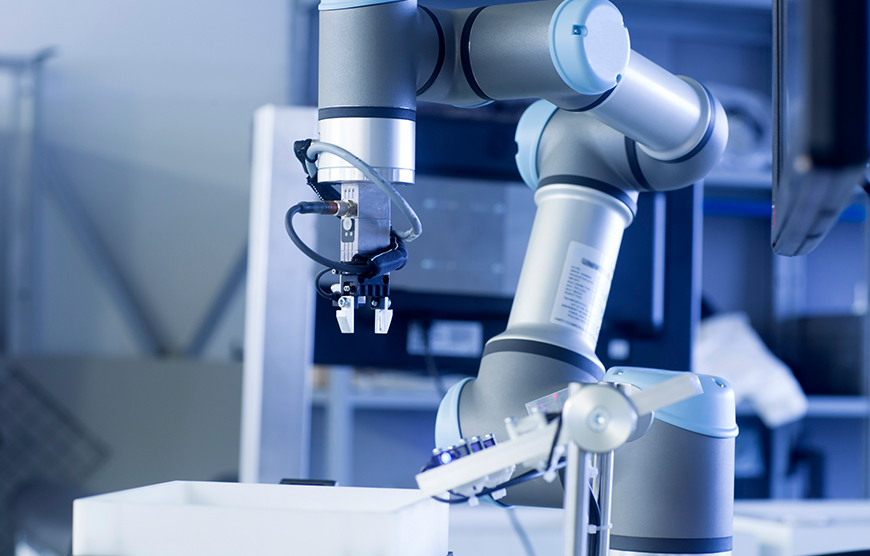 The robotics industry is a new growth engine that will accelerate the digital transformation of society in the face of the 4th industrial revolution. Robots have been recognized and utilized as a means to: respond to changing population structure such as low birth rate and population aging; innovate industries; improve productivity; and enhance the quality of life including improving the living environment of socially vulnerable groups such as the disabled and elderly. Faced with a tipping point of rapid changes across the society and economy brought about by COVID-19, robots are expected to be utilized and widely distributed as a key driver in the contactless economy.

The Korean robotics industry has been growing at an annual average rate of 4.5 percent in the past five years, recording KRW 5.4 trillion sales as of 2020. When it comes to robot density, the number of operational robots per 10,000 employees, Korea was ranked 1st (932 units) in 2020. Manufacturing robots account for 52.4 percent of the Korean robot market, leading the market growth. The share of service robots is relatively smaller at 15.6 percent, but it has entered an explosive growth stage with sales jumping 34.9 percent (KRW 638.5 billion → KRW 857.7 billion) year-on-year. In the past, the center of gravity in the Korean robotics industry lied mainly on manufacturing robots. However, the size of the service robot market has been on the rise, with large Korean conglomerates scaling up the robot business and entering the market in earnest through M&A and the establishment of subsidiaries. The comprehensive technological competitiveness of the Korean robot was ranked the 4th (2018 technology evaluation, KISTEP), with some robot applications and service technologies being highly regarded. In addition, government-led R&D investment is underway mainly due to the country’s SME-oriented industrial structure.

Efforts to develop the Robotics Industry as a National Agenda

The Korean government enacted the Intelligent Robot Development and Distribution Promotion Act in 2008, establishing and pursuing policy measures for sustainable development of the robotics industry by promoting the development and promotion of robots, thereby developing the robotics industry as the nation’s key industry. Based on the aforementioned Act, the ‘Intelligent Robot Basic Plan’ was established every five years, building the government-wide robotics industry support system. The 1st and 2nd Basic Plans (2009, 2014) created the government-led support system, areas for support, and foundation for growth. The 3rd Basic Plan (2019) is pushing for systematic distribution and dissemination through selection and focus, and responsibility-sharing between the government and private sector. Due to the peculiarity of the robotics sector, i.e., broadly related industries both upstream and downstream, each government department is pushing for policy projects to foster and advance the robotics industry. Meanwhile, the budget for robot-related R&D, distribution and demonstration, and talent development in 2021 was about KRW 195 billion, 29 percent up from the previous year, indicating the continuous expansion of national investment in the robotics industry.
<표> Current Status of Major Robotics Industry Policy Projects by Ministry
◇National Digital Transformation through Korean New Deal (Digital New Deal)

The ‘Korean New Deal’ was announced in July 2020 in response to the contactless and digitalization trends, to accelerate digital-based economic innovation, and create jobs. The tasks of the robotics industry, a pillar of the Digital New Deal, can be largely summarized as follows, with the first part being the expansion of 5G, and AI convergence across 1st, 2nd, and 3rd industries. To promote digital transformation across all industries and create new markets, the robot convergence project applying 5G and AI technologies to industrial sites will be implemented. The second part is to build infrastructure for smart medicine and medical care. By utilizing robots, robot rehabilitation hospitals and robot surgery operating hospitals will be supported, while socially vulnerable groups including the disabled and the elderly will receive more support and enhanced benefits. The third part is digital transformation for urban areas and industrial complexes. Based on industrial complex and special business areas, large-scale demonstration will be carried out by selecting various robot utilization models.
<Picture>Digital New Deal Policy Concerning the Robotics Industry

The Korean government set up a regulation innovation roadmap for autonomous vehicles, drones, hydrogen and electric vehicles, VR, AR, and AI in November 2018 to prevent regulations from standing in the way of new promising industries. The robotics industry is a key new industry, expected to continue growing at a fast pace. In this regard, the ‘Roadmap for Proactive Regulation Innovation of the Robotics Industry’ was laid out with the anticipation of the technology development and commercialization stage in October 2020, to respond to business models using robots. The 1st stage (2020-2022), the demonstration basis building stage, will establish the measures to support demonstration by area and subsidies. The 2nd stage (2023-2025), the preparation for diffusion of robotics industry stage, will support diffusion by commercialization stage and linking with infrastructure. The 3rd stage (2026~), the commercialization response stage, will promote robot dissemination in the private sector and further expansion by sector.

To revitalize investment attraction of promising robotics industries, the Ministry of Trade, Industry and Energy (MOTIE) and KIRIA support overseas market expansion and international cooperation of domestic robot companies by holding the 2021 KOREA Robot Demoday, where domestic and international IR pitching sessions and networking with investors took place to introduce companies and products and share information. Meanwhile, EXOATLET Asia, which is producing wearable robots in Korea with original technology transferred from Russia, relocated its global headquarters to Gyeonggi Province, based on direct/indirect support from the Korean government and local governments, which is a sign of increasing investment in Korea by foreign robot companies.