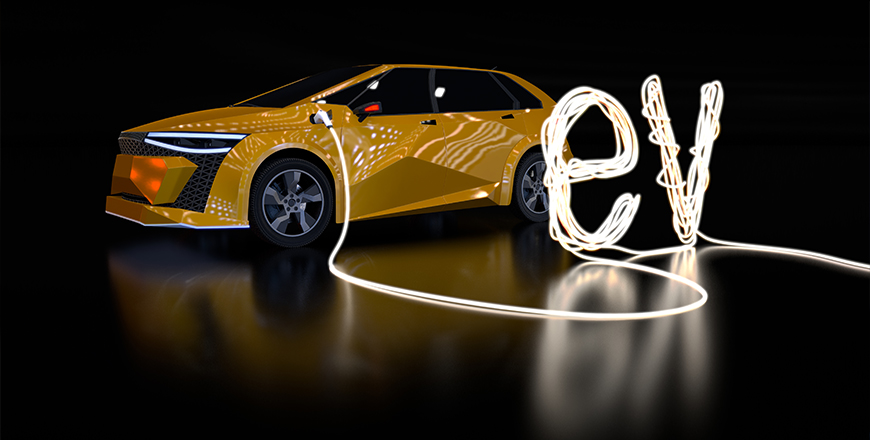 The automobile industry, which has been reliant on internal combustible engines, is now at the center of technological development, with the transition to electric vehicles and autonomous driving vehicles. Restrictions on movement, factory shutdowns and other shockwaves from the COVID-19 pandemic, which has spread across the world since early 2020, stimulated technological innovation, accelerating industrial restructuring.

The Korean automobile industry regained the world’s top 5 position, behind China, the US, Japan, and Germany, producing 3.51 million units in 2020. This was attributable to the fact that production in India and Mexico, which once had surpassed Korea, contracted significantly, while Korea performed relatively well in the domestic market and exports. The automobile industry is a flagship industry of Korea, accounting for 11.5 percent of Korea’s manufacturing employment, 12.7 percent of production, and 12.1 percent of total exports as of 2020. As the automobile industry has great upstream and downstream effects, employment increases up to 1.9 million, accounting for 7.1 percent of total employment, and if parts and materials, sales and repair, and service utilization are included in addition to automobile production, it plays a pivotal role in the Korean economy. Depending on the success of transition in the mobility industry in the coming days, it will have a great impact on not only the status of the industry but also the Korean economy as a whole.

First of all, vehicles are becoming more luxurious and differentiated. With the Genesis-line of Hyundai Motors successfully landing in the market, more and more new models such as G70, G80, G90, GV70, and GV80 have been released. As indicated by increasing sales of SUVs which offer driving convenience and leisure use, accounting for 48.3 percent of domestic demand in 2020, there is a certain movement towards differentiation. Second, as the share of domestic high added-value vehicles increased, the average export prices also rose 25.2 percent, from USD 14,200 in 2015 to USD 17,900 in 2020. In the domestic demand market of passenger cars, the sales of expensive imported cars jumped, accounting for 17.7 percent. As a result, the average prices of passenger cars moved up to KRW 36 million. Third, with provision of the government’s purchase subsidy and customer’s increasing interest in the eco-friendly vehicles, the share of hybrid cars, electric cars, and hydrogen electric cars rose to 11.8 percent, exceeding the 10 percent range.

Readjustment of sourcing structure of parts and materials, in response to global supply disruption

The trend of protectionism and post-globalization provoked by regionalism, such as the US-China trade dispute, has been further accelerated due to the COVID-19 pandemic, highlighting the issue of global supply chain reorganization of the automobile industry. Until now, overseas production of finished vehicles and parts had expanded and efficiency-based global sourcing had been underway backed by the expansion of free trade agreements. However, the COVID-19 pandemic has caused shutdowns of parts factories and disruption in logistics, dealing a blow to major global automobile companies.

In the case of Korea, the supply of wiring harness from China was stopped in February 2020, and the supply of semiconductors for vehicles was disrupted in 2021, resulting in partial disruption to production. In response, the Korean automobile industry exercised flexibility in resolving problems by diversifying supply sources of wiring harness from China to Thailand, Vietnam, and Indonesia, among others. In the case of semiconductors for vehicles, it has strengthened solidarity with major makers, including Infineon, NXP and Renesas, and pursued the strategy of creating a new ecosystem through joint research and investment with domestic system semiconductor companies.

Meanwhile, there is another emerging issue: rising prices and supply problems of rare metals, including lithium, nickel, cobalt, and neodymium, necessary for motors and batteries of electric vehicles. As reliance on such metals from China is high, there is a possibility for resource weaponization such as China’s export control, which becomes a cause for concern. The Korean automobile industry and government plan to pursue a policy that induces overall reorganization of the global value chain by preventing risks such as supply shocks in advance and lowering reliance of specific parts and materials on a few countries.

The Korean government announced the ‘Future Car Industry Development Strategy 2030 Roadmap’ in October 2019, planning to support distribution of EVs and key technologies of EVs. The main contents are: to increase the share of EV sales to 33.3 percent by 2030, expand the global market share of domestic EVs to 10 percent, and strengthen industrial ecosystem and prepare relevant laws and systems to realize Level 4 of the driving automation market by 2027.

After 2022, the global automobile industry is expected to go through restructuring driven by recovery of global demand and reorganization of global value chains. Also, the emergence of China and trends of trade protectionism in some major countries are likely to continue. Korea has been performing relatively well, based on exemplary quarantine measures and industrial activities, and the automobile industry has the chance to turn crisis into opportunity. The Korean auto industry has gained experience of overcoming difficulties early on and achieving further growth while going through the financial crisis in 1997 and the global financial crisis in 2008. Similarly, in the 2020s, the Korean auto industry is expected to set the global example of industrial growth based on EVs and autonomous vehicles.