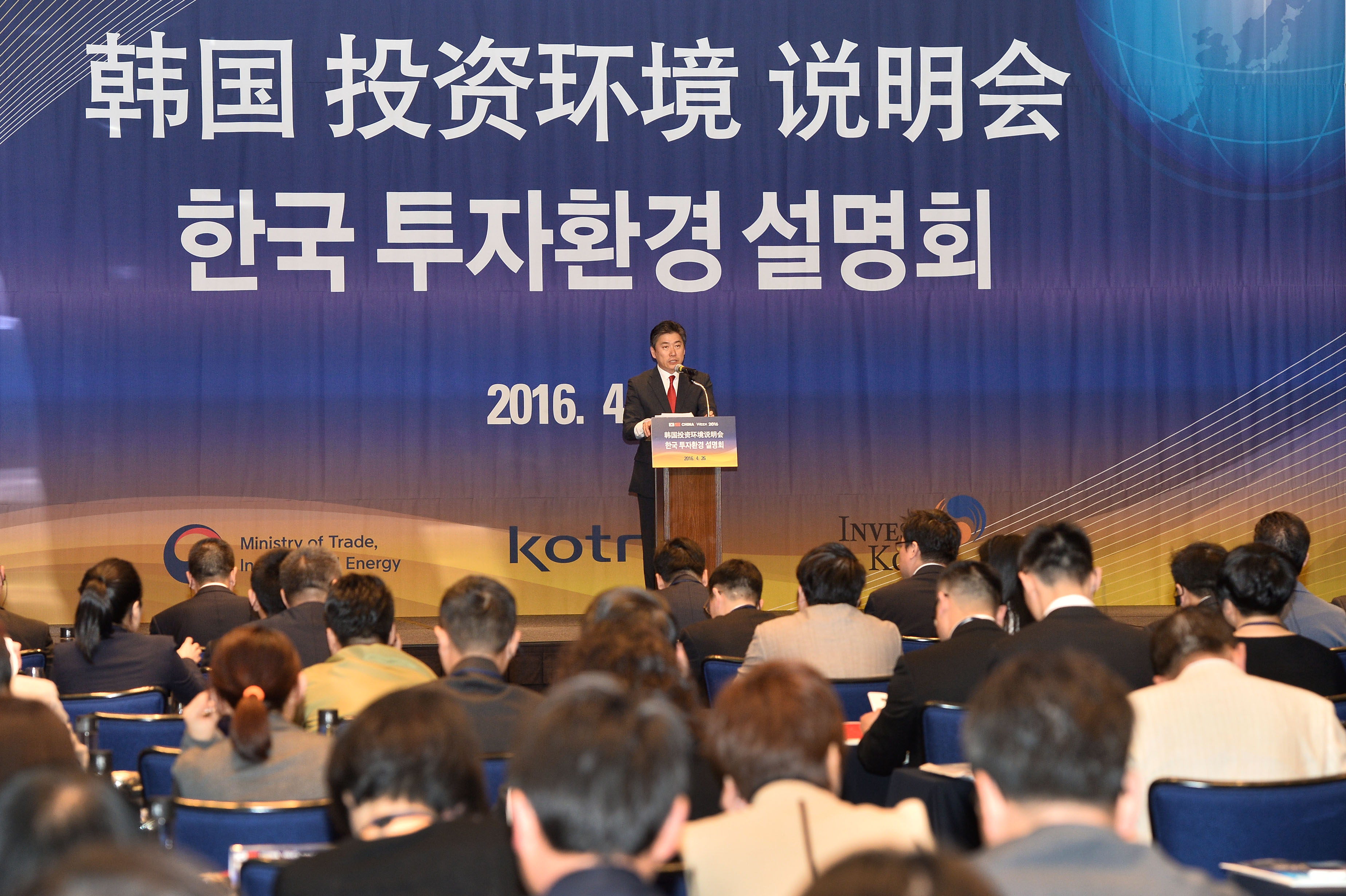 With the aim to further bolster foreign direct investment from China, the Ministry of Trade, Industry & Energy and Invest KOREA, the investment promotion arm of the Korea Trade-Investment Promotion Agency (KOTRA), held China Week 2016 from April 25 to 27 at the Four Seasons Hotel in Seoul.

The event--attended by 57 Chinese companies, 113 Korean companies and 18 local governments and relevant organizations--was comprised of investor relations sessions, a roundable for Chinese investors and a press tour for Chinese media.

The participating Chinese companies, which were from various sectors including cultural content, high-end products, parts & materials, complex resorts and food and logistics, were engaged in a total of 303 consulting meetings with Korean companies. Five Chinese companies reached investment deals with their Korean counterparts to invest USD 200 million in Korea in 2016.

The press tour also received much praise from Chinese media personnel who visited investment zones and various companies in the country's promising industries to learn about Korea's investment environment and infrasturcture tailored to attracting Chinese capital.

In order to produce tangible results, Invest KOREA plans to carry out diverse efforts to attract Chinese investment by capitalizing on KOTRA's overseas offices in China, as well as Korean embassy and consulates in China.