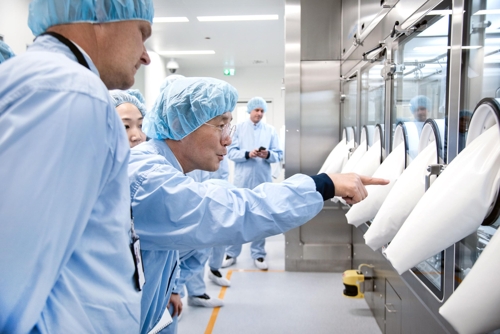 (SEOUL=Yonhap News) On June 16, the Ministry of Trade, Industry and Energy (MOTIE) announced that KOTRA and the Korea Biotechnology Industry Organization (KoreaBIO) signed a letter of intent (LOI) with AstraZeneca for further cooperation on development of the Korea's bio-health industry.

As a follow-up measure, AstraZeneca, KOTRA and the KoreaBio signed a LOI on June 15 at AstraZeneca's new production base in Sweden.

AstraZeneca chairman Leif Johansson said, "As Korea has excellent resources including global-level researchers in the bio-health industry, it has promising potential for growth globally," adding that "We welcome the Korean government's strategy for the bio-health industry, which will be accelerating innovation through cooperation between the industry, hospitals, academia and government."

AstraZeneca is intended to devise detailed implementation plans and sign MOU with KOTRA and KoreaBio in the later half of this year.