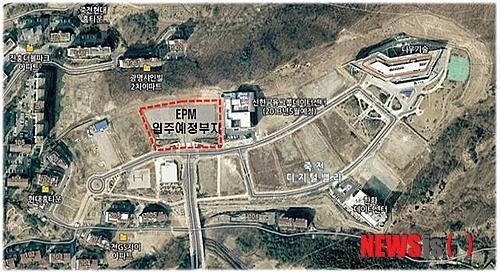 On February 27, the Gyeonggi-do Provincial Government made an investment agreement with Emerson Process Management Korea, a subsidiary company of Emerson Electric, at the Daou Digital Square of the Jukjeon Digital Valley in Yongin-si (City).

Under the agreement, Emerson Process Management Korea will invest USD 40 million to construct a research and development (R&D) center and manufacturing facilities on a 8,115㎡ site in the Jukjeon Digital Valley by January of 2016.

The Gyeonggi-do Provincial Government anticipated that the investment agreement will lead to creating 200 jobs and developing related domestic industries, such as shipbuilding, power plants, and plant sector.

It also forecasted that the Jukjeon Digital Valley will become a hub for the Information technology (IT) industry.

The Jukjeon Digital Valley, situated on 142,037㎡ of land, is an industrial complex created by Daou Tech in 2010. It is also a place where Veeco, an American manufacturer of light emitting diode (LED) equipment, built an R&D center with the investment of USD 17 million in October, 2010. Moreover, it is home to Dongbu Insurance Data Center, Shinhan Financial Group Data Center, and Hanwha Data Center.

“The investment agreement was signed without financial support, such as tax reduction and land offer. We will not spare any administrative efforts for the successful settlement of Emerson Process Management Korea in the Jukjeon Digital Valley,” said Leader Yeo Jae-hong of the Investment Promotion Division at the Gyeonggi-do Provincial Government.