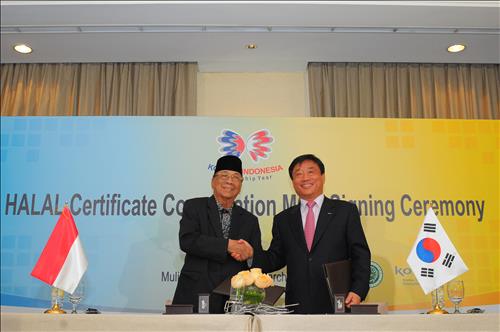 Domestic companies will receive support from the Korea Trade-Investment Promotion Agency (KOTRA) as they pursue certification as a halal food manufacturer to advance into Indonesian food markets.

Halal food refers to food that is allowed for Muslim consumption. The use of pork, human blood, and organs is strictly prohibited.

Non-halal food is sold in large cities in Indonesia, which has a population of 200 billion, but it is almost impossible to sell food in small cities without the certification.

Against this backdrop, KOTRA signed a memorandum of understanding (MOU) with the Indonesia Ulema Council, the authority for halal food certification, to support domestic food firms.