China-based Da-Jiang Innovations Science and Technology Co. (DJI), the country’s leading drone manufacturer, has built Asia’s first and largest indoor drone flying field in South Korea, which is expected to be used as a test bed for the first of its kind drone flying arena. 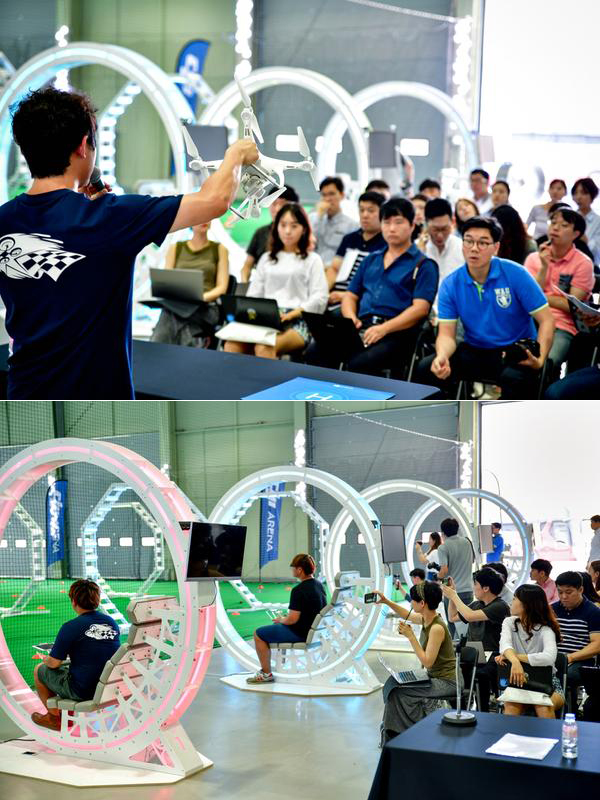 According to DJI on Tuesday, it will open the drone flying field called DJI Arena in Yongin, Gyeonggi Province, 49 kilometers south of Seoul on Thursday.

“Korea is the best place for new attempts for drones, and the nation has growth potential for sports with high tech technology including drones,” Moon Tae-hyun, head of the Korean operation of DJI, said during the press conference on Tuesday, adding that the company is considering building an additional flying field in the country after seeing reactions to the new indoor arena.

The flying field was built in a renovated storage facility on a site of 1,395 square meters. It has a recording system of drone flying, virtual reality equipment and large monitors. Users can fly drones inside and outside the arena. The flying field is an ideal playground for drone users in Korea with stricter drone regulations than those in other countries.