(PANGYO=Yonhap News) A group of international entrepreneurs from across the world pitched their business ideas on Wednesday at a startup acceleration event hosted here by the South Korean government.

The K-Startup Grand Challenge, the first of its kind, is sponsored by the Ministry of Science, ICT and Future Planning and conducted by the National IT Industry Promotion Agency with the cooperation of four accelerators, or venture capitals.

The ministry said 78 startups were picked from a total of 2,439 applicants from 123 countries, with their business areas varying from artificial intelligence (AI) to virtual reality (VR). 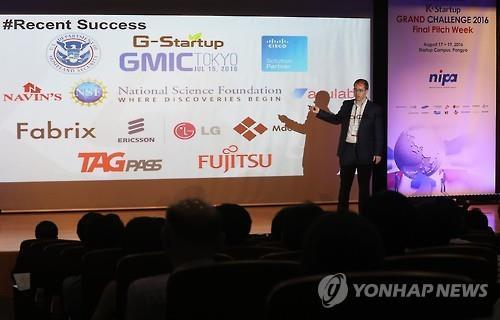 A three-day final pitching week kicked off on Wednesday at the Pangyo Global Startup Campus south of Seoul.

Among the participants is Silicon Valley-based VRCHIVE that helps create VR content in the form of 360 degrees without any program know-how.

"VRCHIVE is vying for a foothold in what will inevitably become an essential part of the social VR experience," said Jesse Thompson, CEO and founder.

The teams include 16 from the United States, eight from India and seven from Singapore, ministry officials said, noting that many of the CEOs and founders have experience working in major technology firms such as IBM.

"Pulzze makes it possible for any connected devices and system to work with each other without any coding," James Monroe, a Pulzze Systems official, said. 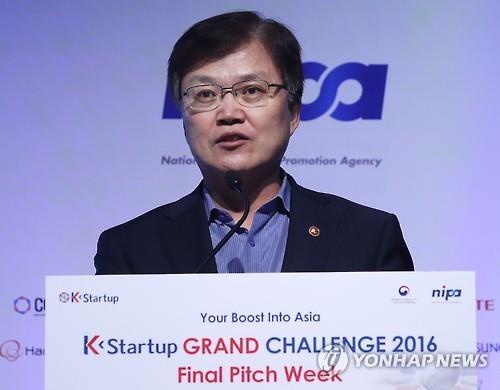 Forty startups will be selected later this week to participate in a three-month-long program, which begins in September, ministry officials said.

Over the next three months, the startups will work and compete and 20 teams will be picked in December for the second stage to participate in a domestic settlement program.

The 20 teams will be able to extend their stay for another six months and receive 40 million won (US$36,000) each in funding from the government, with the top four getting additional support.

"The startup firms that would receive business funds must start business in South Korea such as setting up a corporate body," said a ministry official, noting that it would eventually create more jobs.

The ministry said the program is designed to endorse the inflow of promising foreign startups interested in the local market and to promote the expansion of an open entrepreneurship ecosystem. 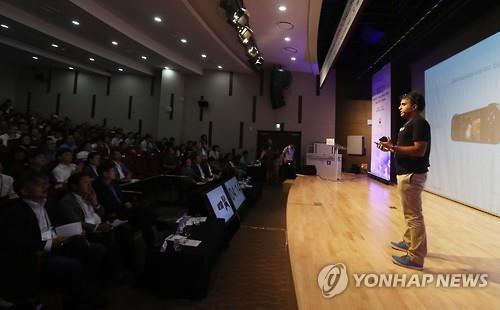 Earlier this year, the Park Geun-hye administration launched the startup campus in Pangyo. The campus is designed to offer a wide range of services for new businesses largely involving big data, fintech, the Internet of Things, cloud computing and mobile technologies.

It currently houses some 200 firms including the Yozma Group, an Israel-based global venture capital firm, and TEDCO, created by the Maryland State Legislature to support startups.