(SEOUL=Yonhap News) The Ministry of Trade, Industry and Energy will invest KRW 500 billion in research and development for Internet of Things (IoT) home appliances business in cooperation with private sector, in a bid to nurture the industry as a future growth engine.

The ministry held the IoT Home Appliances Industry Conference at the Korea Electronics Association in Mapo District, Seoul on December 22, 2016 and announced its plan to invest KRW 500 billion in development of system IC semiconductors and advanced sensors jointly with private partners and foster 1,300 professionals over the next five years.

Both domestic and international home appliances markets have become saturated, with exports remaining around USD 12~14 billion for ten years.

Therefore, the Ministry sees the need to seek breakthrough in the IoT home appliances market, which is expected to grow rapidly.

In order to create initial market, the Ministry will work with the Korea Electronics Technology Institute and the Korea Land & Housing Corporation to install IoT home appliances in newly built public apartment complexes.

The Ministry also plans to match global companies with domestic semiconductor companies to strengthen competitive edge in the global market.

In order to produce proven records required for overseas market expansion, the government will set up a demonstration lab equipped with testing environment resembling real living conditions by investing KRW 15 billion for four years starting from next year.

On the other hand, the government and private sector will inject KRW 50 million for the next five year to develop system chips and advanced sensors.

The initiative is aimed at developing ultra-light and ultra-low power system-on-chip (SoC) semiconductors which is portable and durable through smartphone application processors and power management technology as well as power semiconductors which can generate low power by utilizing new materials. 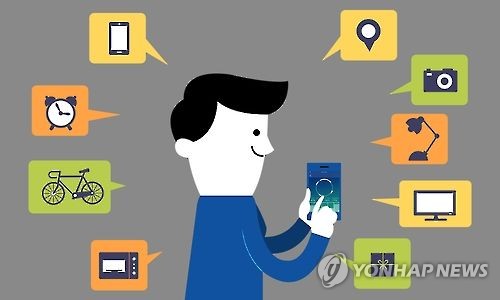 In addition, it will establish an innovation center next year to support product development of small and medium-sized enterprises lacking resources.

A set of tax benefits and financial support will be provided to IoT companies.

IoT-related technologies will be eligible for tax credits given to research and development in new growth industry sectors, and a KRW 200 billion semiconductor funds will be newly created to help business startup and M&A of IoT firms.

During the first quarter next year, 'Convergence Alliance' will be founded participated in by electronics companies, mobile carriers, construction companies, the Korean Agency for Technology and Standards, and other related parties.

Currently, each mobile operators are running independent IoT-based smart home services. Under such conditions, the organization will enhance interoperability among products by forming an universial platform business environment.

Along with such efforts, the Ministry will train 1,300 IoT professionals - 500 field staff for IoT home appliances development of SMEs and 800 system semiconductor and advanced sensor development engineers.

In addition, a research center for big data of IoT home appliances will be launched in the Korea Electronics Technology Institute during March next year.

"As IoT implies a link between things, the link between all players in the IoT industry ecosystem, that is, collaboration, is essential," Joo Hyung-hwan, Minister of Trade, Industry and Energy, said. "Electronics companies, IT firms, manufacturers, service providers, universities, research institutes, all should work together, and among others, open collaboration among world-class conglomerates is required."