(SEOUL=Yonhap News) The South Korean government said Tuesday it will provide small and medium-sized enterprises (SMEs) here with a record level of financial support this year via policy lenders to help them weather difficult business conditions.

The lenders will increase their lending to 186.7 trillion won (US$156 billion) for the year from 178.7 trillion won last year, according to the Financial Services Commission (FSC).

The move comes as concern has grown about a protracted slump in the real economy amid external uncertainties.

Four major state policy financial institutions -- the Korea Development Bank (KDB), the Industrial Bank of Korea, Korea Credit Guarantee Fund and Korea Technology Finance Corp. -- plan to focus on assisting local SMEs in efforts to prevent liquidity problems by allocating 25 percent of the funds for use in the first quarter of 2017, added the FSC.

They injected 42.7 trillion won, or 23 percent of the funds, during the January-March period of last year. 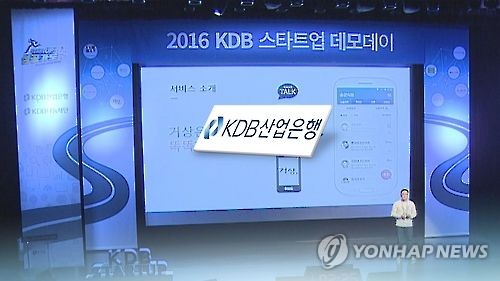 The FSC also said it will step up efforts to support the development of the country's new growth engine in such sectors as bio-health, cultural content and state-of-the-art manufacturing.

In particular, the KDB has earmarked around 20 trillion won for industries related to the fourth industrial revolution, which include artificial intelligence, big data and the Internet of Things.

"A committee on new growth, chaired by a civilian expert, will be formed and operated, serving as a control tower of policy financing in the field," it said.