South Korea’s leading mobile carrier SK Telecom Co. has formed a strategic partnership with the world’s leading visual computing technology company Nvidia Corp. to develop autonomous driving technology. The company aims to enhance its competitiveness in the self-driving industry that is expected to grow to $42 billion by 2025, according to the company.

“We established a strategic alliance with Nvidia to jointly develop autonomous driving technology,” said Park Jung-ho, president of SK Telecom in California on May 11 (local time). The new technology will be put under test by the end of this year, he added.

“Our mobile navigation map T Map boasting 14 million users will be upgraded to three-dimensional (3D) high-definition map that is essential to autonomous driving,” he said. He added that the idea was first suggested by Jen-Hsun Huang, chief executive officer of Nvidia, and authority in artificial intelligence (AI)-based graphic technology who has been keen to develop self-driving business models with SK Telecom.

“Google Maps are not good enough for autonomous driving,” said Park. He added that the company will test run the upgraded T Map at the end of this year, and make it available on every highway by 2019 and every road across the country by 2023. 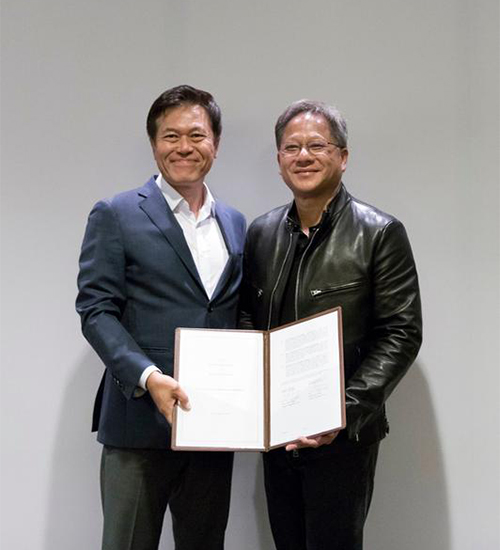