Korea’s exports keep up growth streak in first 20 days in May
Date
2017.05.22
Views
1717
According to Pulse by Maeil Business News Korea,

South Korea’s exports kept up growth streak for seven months in a row with the volume adding 3.4 percent from a year-ago period to $25.4 billion in the first 20 days this month due to robust shipments of electronics components and petrochemical products and their higher selling value, Korea Customs Service data showed.

Although monthly data would likely rack up positive figure for the longest months since December 2011, exports would sharply shrivel from $51 billion of April.

Exports of semiconductors and petrochemicals jumped 41.0 percent and 35.2 percent, respectively. Those of wireless devices plunged 39.9 percent and auto parts down 20.3 percent. 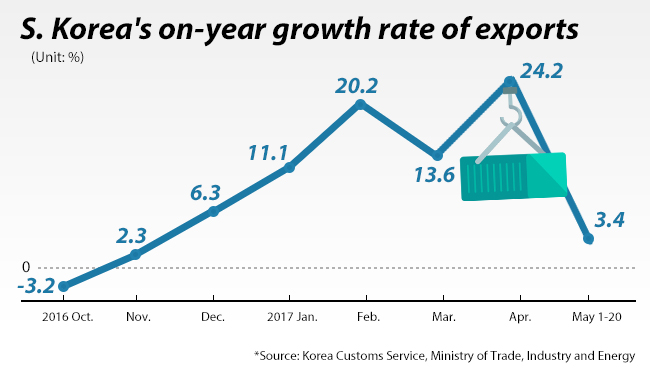