Korea’s exports reached $14.3 billion in the first 10 days of July, up whopping 38.5 percent from the same month last year, on still-robust overseas demand for semiconductors and revived ship orders.

According to Korea Customs Service (KCS) on Tuesday, daily average shipment valued $2.04 billion so far this month, also up 38.5 percent on year.

Exports rose 13.7 percent in June, keeping up growth for the eighth consecutive month in the longest winning streak in five years and a half. Monthly export value of $51.2 billion was the second-largest ever since October 2014.

Ships and semiconductors this month remained the primary drivers.

By country, exports to Japan rose 12.7 percent, Vietnam 11.2 percent and China 4.9 percent. Exports to the U.S. and the Middle East fell by 2.0 percent and 3.7 percent, respectively.

Imports over the same period grew 17.2 percent to $12.2 billion to deliver a trade surplus of $2.1 billion. 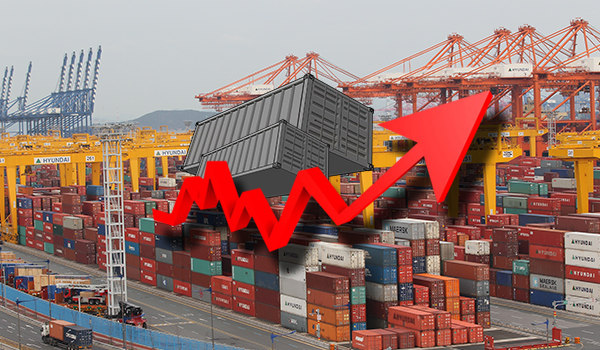