According to the report from Semiconductor Equipment and Materials International (SEMI), US$49.4 billion will be spent on fab equipment around the world this year, an increase of 19.8 percent from last year. It exceeds the previous record of $47.7 billion set in 2000. The record will be broken again next year with a jump of 7.7 percent to $53.2 billion, the report said.

By country, South Korea's fab investment this year has been assessed at $12.97 billion, up 68.7 percent from last year, outpacing the $12.73 billion for Taiwan, which had been No. 1 for the past five years.

South Korea is likely to remain the top investor next year with $13.38 billion, with Taiwan falling to third place after China, which could spend $11.04 billion to upgrade its facilities, according to the report.

"Our market size may expand rapidly this year with aggressive equipment spending by Samsung Electronics and SK hynix, but the pace of increase next year will slow down," the official said. "China has set out on a massive investment campaign to become the top player in semiconductors, so there is a chance that China will become No. 1 within a few years." 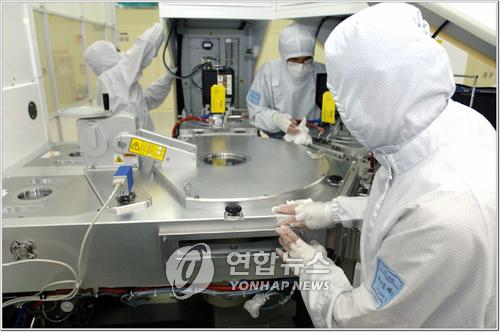