The Korea Content Wave (KOCOWA) is available both on the Internet and mobile and the range of service will be expanded to other continents in the future, the broadcasters said.

This marks the first time that the terrestrial TV stations have launched a streaming platform to directly circulate their own "hallyu"-related content without resorting to overseas services, they stressed. Hallyu refers to the Asianwide boom of Korean pop music, TV dramas and films.

After the launch, the companies will offer an exclusive release of BIGBANG leader G-Dragon's concert held last month in Seoul as part of his world tour.

"We expect KOCOWA will increase the size of the global hallyu content market and enhance the brand value of Korean culture and its content," said Chung Ji-young, chief of KBS's media business department. 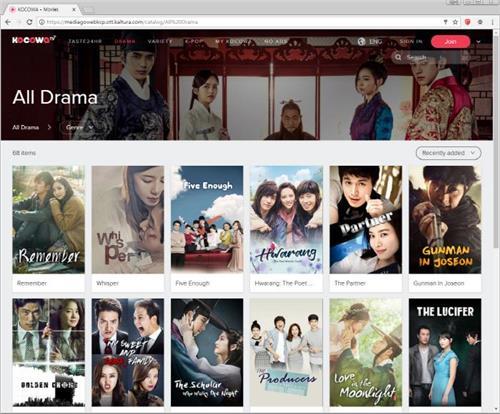