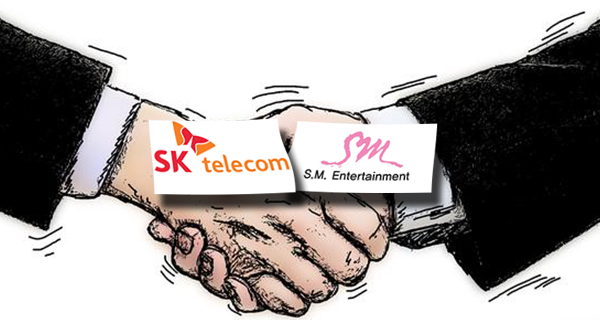 The stock sale and purchase plan comes as SK Telecom and SM Entertainment have been putting out efforts to build overseas presence.

SK Telecom is hoping that the deal will help enhance its competitiveness in the content industry as SM Entertainment is Korea’s major entertainment company that is involved in various broadcasting content production and hallyu star management through its affiliate SM C&C that raised 95.4 billion won in revenue last year.

The partnership with SM Entertainment will aid SK Telecom’s overseas campaign through iRiver. It plans to make artificial intelligence (AI) speakers with voices of popular K-pop stars or earphones with celebrity logos.

SK Telecom will develop services based on hallyu content such as hosting live fan meeting of SM label stars through its mobile TV platform oksusu.