With the new additions, HJIT is now equipped with a total of seven container cranes.

The first stage of the Incheon New Port construction project entails the building of a 1.6-kilometer container terminal with six berths at the southwestern end of Songdo IBD.

Two terminals are currently in operation: Sun Kwang New Container Terminal (SNCT) and HJIT, both having partially opened in June 2015 and March 2016, respectively.

Sun Kwang's 800-meter container terminal has fully opened earlier this April, and HJIT plans to open all sections in November.

Large-scale vessels will be able to enter the port, creating new sea routes for long-distance container ships, and raising expectations for a rapid increase in the volume of cargo handled at the new port.

IPA President Nam Bong-hyeon noted, "IPA will take all measures necessary to ensure that everything goes according to plan when the final portion of the phase 1 container terminal opens with the latest equipment in November.

Upon completion of the first phase, Incheon New Port will go through two additional phases of construction, adding 6 berths in the second, 13 container berths and 4 general berths in the final. 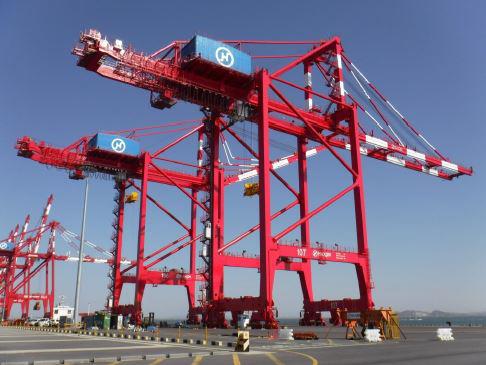