(SEOUL=Yonhap News) The combined sales of the global chip market is expected to grow 16 percent on-year in 2017, a report showed Thursday, on the back of strong industry-wide demand.

According to the data compiled by IC Insights, the growth is attributable to the better-than-expected sales of dynamic random-access memory (DRAM) chips and NAND flash memory.

The combined sales of DRAM chips and NAND flash memory are expected to grow 55 percent and 35 percent, respectively, on-year in 2017. Sales of chips excluding the two sectors are anticipated to edge up 6 percent, it added.

IC Insights earlier estimated the growth at 5 percent earlier this year, but revised up the figure to 11 percent in March.

According to separate data compiled by IHS Markit, South Korea's Samsung Electronic Co. and SK hynix Inc. took up 44 percent and 28 percent of the global DRAM market, respectively, in the first quarter of 2017.

For the NAND flash memory segment, Samsung and SK hynix accounted for 36.7 percent and 11.4 percent, respectively, trailed by Japan's Toshiba Corp. and U.S. Western Digital with 17.2 percent and 15.5 percent each. 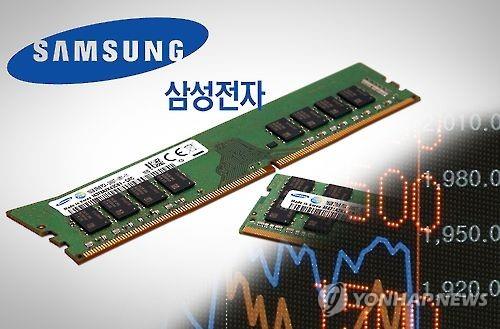