(SEOUL=Yonhap News) The world's augmented and virtual reality market is expected to expand exponentially over the next four years with their annual growth rate more than doubling, an industry tracker said Monday.

The global market for AR-VR products and services is expected to reach US$215 billion by 2021, compared with $11.4 billion for 2017, according to the International Data Corp. (IDC).

The compound annual growth rate is projected to reach 113.2 percent, with the market expanding 18.9 times over the next four years.

Initially, AR-VR investment and application will be led by consumers, the retail and distribution industry, and the manufacturing sector, IDC predicted, adding that such sectors as government service, transportation and education will take advantage of these technologies.

AR and VR technologies have started to gather ground in the commercial world, with this tendency likely to accelerate down the road, the market investigator said.

Should next-generation AR and VR devices hit the market, the industrial sector is predicted to take the lead in harnessing those technologies, it added. 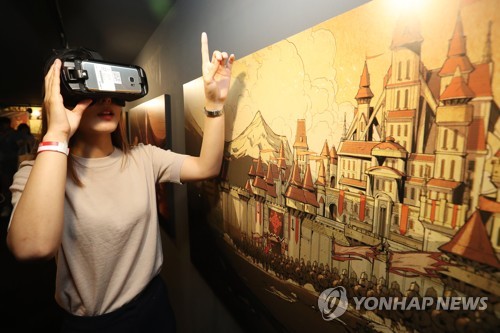